Rule #240: Christmas is better through the eyes of kiddos.

Christmas is in full swing now, and it’s been so magical this year already. Corey is finally old enough to understand and participate in some fun Christmas traditions. It’s been so much fun to see him get excited for Santa, our Elf on the Shelf, and especially his Polar Express Train. I’m excited to keep making memories and to see Christmas through his eyes.

He helped us decorate the tree this year. His first ornament choice was his Pitcher’s Plate.

We vetoed the baseball plate ornament idea, but we loved this one. My aunt and uncle gave him a clown’s nose while we were in New Mexico. Jon Boy and I were cleaning up all the ornament boxes after we’d put them all on the tree. We turned around and noticed Corey had put his clown’s nose on the tree as his own little contribution to the decorating. I love it so much. Definitely my favorite ornament!

I’ve got a new favorite lunch these days. It’s low carb, NOT A SALAD, and delicious. I just microwaved a Mediterranean Turkey Burger straight from the freezer, cut up a good tomato, threw on some Trader Joe’s Everything but the Bagel Seasoning, served it with some Tzatziki sauce, and sprinkled on some Feta cheese. YUM.

After being away for so long, it’s been wonderful to be home. We had a gorgeous sunset the other night, and I had to snap a picture as a reminder of how beautiful it can be here, too.

I posted this recipe the other day, and I have to say it’s one of Jon Boy’s favorites. He’s already asking me to make it again. He got creative and threw some Italian Meatballs (minus the marinara) in with his soup. It’s his favorite lunch now!

I love me some good meatballs. They’re easy to make ahead of time so all you have to do for dinner is brown them and throw in some sauce.

I’m going to post this recipe later this week (as long as my tiny humans allow time for it), but it’s an ALL-TIME favorite from my college days. My Good Friend, Rachel, made this for us often when we lived together. It’s easy, comforting, and a good reminder that simple meals are usually the best.

I finally caught whatever virus everyone else had while we were on our trip. I don’t have time to be sick, and I’ve decided it’s mind over matter. Mama ain’t got time for dat. My friend told me about an off-the-menu item called the Medicine Ball drink at Starbucks, and IT’S A MIRACLE WORKER! I’m a believer! Hallelujah and Amen! To order from the menu, Starbucks calls it ‘Honey Citrus Mint Tea’. I even discovered that you can order from Starbucks using their app and still go through the drive thru. It’s pretty fantastic!

If you saw my Insta Stories, you know all about my Paste Pants Episode. I’ll just leave that right here.

RIP to my dignity, y’all. 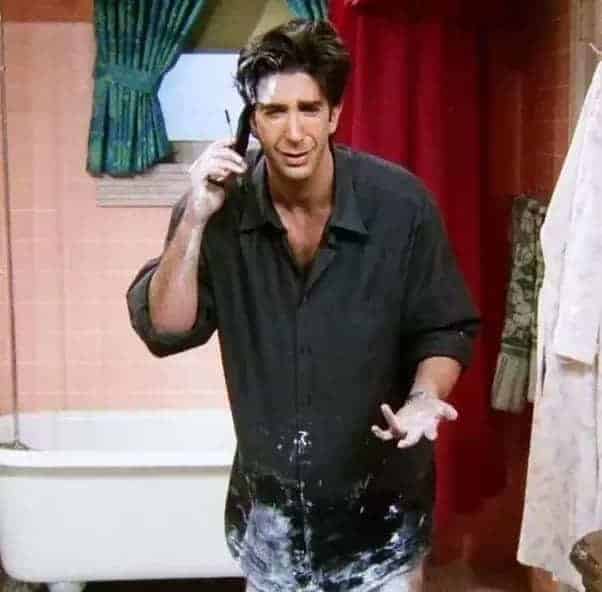 We did a bible verse a day leading up to Christmas last year, but I don’t know that anything sunk in with Corey. This year, he’s seeming more excited and into it. He still calls the nativity scene ‘The God People’, but I’ll take whatever baby steps I can get. I love this Advent idea because it doesn’t involve much effort or money. We just printed the PDF linked below, cut it out, and threw it in our Advent Calendar on the wall.

25 Bible Verses to Countdown to Christmas

Our Advent Calendar is from the Hearth and Hand with Magnolia line from Target. It’s not available anymore, but this one is pretty cute, too!

We decided to go ahead with the Elf on the Shelf this year. We debated it because of the headache of having to remember that the Elf needs to move every night, but decided it was worth it to see how Corey responds to her. Her name is Elmyra. I think Santa gave her that name because he likes old school names and alliteration. Thus, Elmyra the Elf was born! The letter is a PDF that I printed out from Pinterest and wrote her name on. We’re keeping it easy and simple around here!

Speaking of easy and simple, Elmyra arrived (after Corey’s nap because she forgot to show up earlier) in an Amazon box direct from the North Pole! Who knew Amazon could deliver Santa’s Elves.

I’m in love with this Henley top right now. I wish I would have ordered a few more colors. My friend bought it a couple of weeks ago, and I knew I had to have one, too! It’s comfy, not too warm, and flattering. Penny decided she wanted to be in on the mirror selfie action. She was showcasing her brand new haircut she got while we were gone last week.

I posted this little pic on my Insta Stories, and I have a few friends request that I post our weekly menu plan. Wish granted, folks! I’ll just link up the recipes below this picture.

I hope you enjoyed this Life Lately and Weekly Meal Plan post! If you did, check out these similar posts.