Shrimp Creole is a traditional Creole dish that combines the spicy flavors of New Orleans with diced tomatoes and a creamy sauce. This easy recipe comes together in under 30 minutes after marinating the shrimp, too! We serve ours over rice with hot sauce on the side. You can also serve it over cauliflower rice for a low carb option.

The best part is the leftovers freeze like a charm. Jon Boy and I had this last night, froze the rest, and now we have two more dinners ready for a busy night!

To really add some serious flavor to the shrimp, I like to marinate them for 1-3 hours in the fridge before I make the sauce. The marinade is super simple: olive oil, Creole seasoning, and cayenne pepper.

We use frozen shrimp that has already been peeled and deveined with the tails off. It makes it easier to eat instead of having to peel the shrimp while chowing down. I thaw the shrimp overnight in the fridge so they’re ready to marinate the next day.

Drain the shrimp of any juices and then toss it with the marinade. Cover and marinate in the fridge for 1-3 hours.

Now, once the shrimpies are marinated, we make the sauce. First things first: chop yer veggies. The combination of onion, celery, and bell pepper is called The Holy Trinity in New Orleans. It’s the base of almost every Creole recipe.

Sauté your veggies in some olive oil until softened (about 8 minutes) over medium-high heat.

Then add in some garlic and thyme, and cook another minute.

Throw two cans of diced tomatoes into the sautéed veggies. Cook another 5 minutes.

Meanwhile, in a large measuring cup, whisk together 1 cup of half-and-half with 2 tbs. flour.

Lower the heat to medium-low, then add the half-and-half mixture to the tomatoes.

Then add in the shrimp plus the marinade juices, stir to combine.

Season with some salt and pepper, stir, partially cover, and allow to cook until the shrimp are pink and just cooked through (about 5 minutes). Make sure to stir occasionally so the sauce doesn’t stick.

We serve Shrimp Creole with steamed white rice and garnish it with green onions. We also always have the King of Condiments: Tabasco on hand.

If you love Creole cuisine, check out these posts:

I can’t wait until Jon Boy and I can go to Mother’s in New Orleans. Their Creole food is legendary! Creole cuisine is by far my all time fave. I also love hitting up the Gumbo Shop while we’re there. I just love and miss that city so much!

In a large glass bowl or Ziploc bag, mix together 2 tbs. olive oil with the Creole seasoning and cayenne pepper. Add in the shrimp and toss to coat. Marinate in the fridge for 1-3 hours.

In a large Dutch oven or skillet, heat the remaining 1 tbs. of olive oil over medium-high heat. Sauté the onion, bell pepper, and celery until softened (about 8 minutes). Add in the garlic and thyme, sauté an additional minute. Add in the diced tomatoes, stir, and cook for another 5 minutes, stirring occasionally. 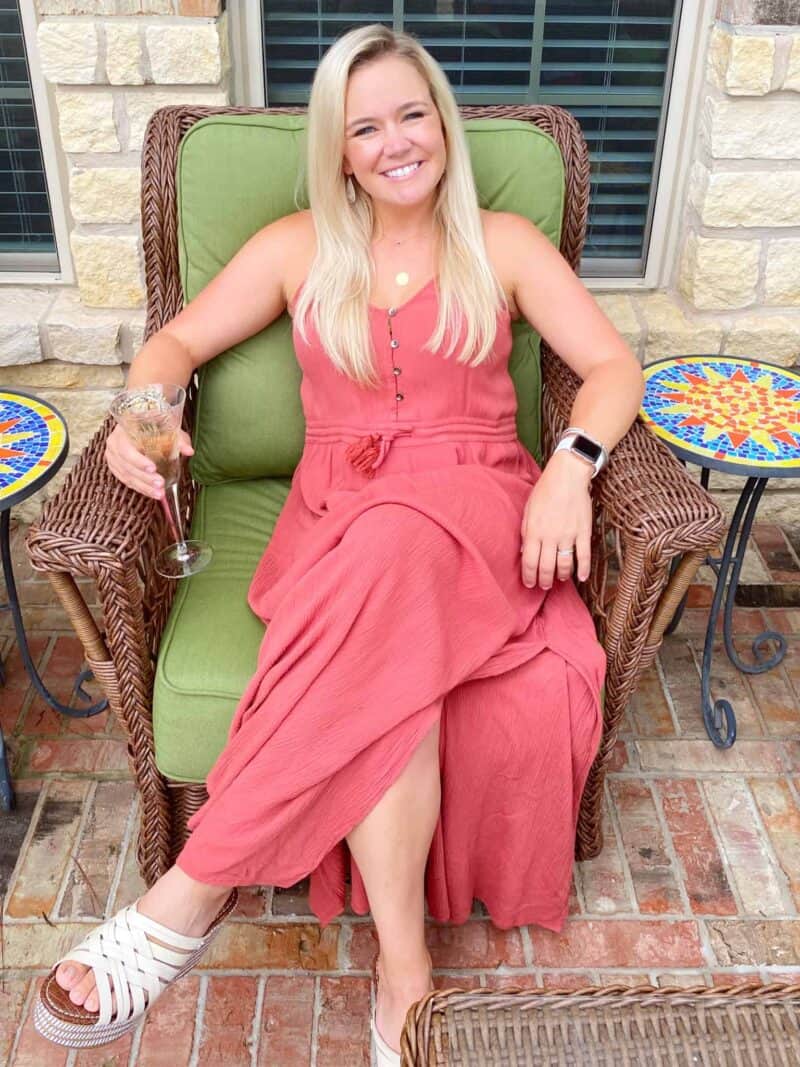