I really like the idea of living a healthy-ish lifestyle. You know? Not the crazy grilled chicken and broccoli life, but the always semi-healthy-and-also-where’s-my-wine life. I think it’s best to have balance so that you don’t end up feeling deprived all the time and binging on chips and queso and guacamole and beer and maybe an enchilada or seven. Oh… just me? Okay. 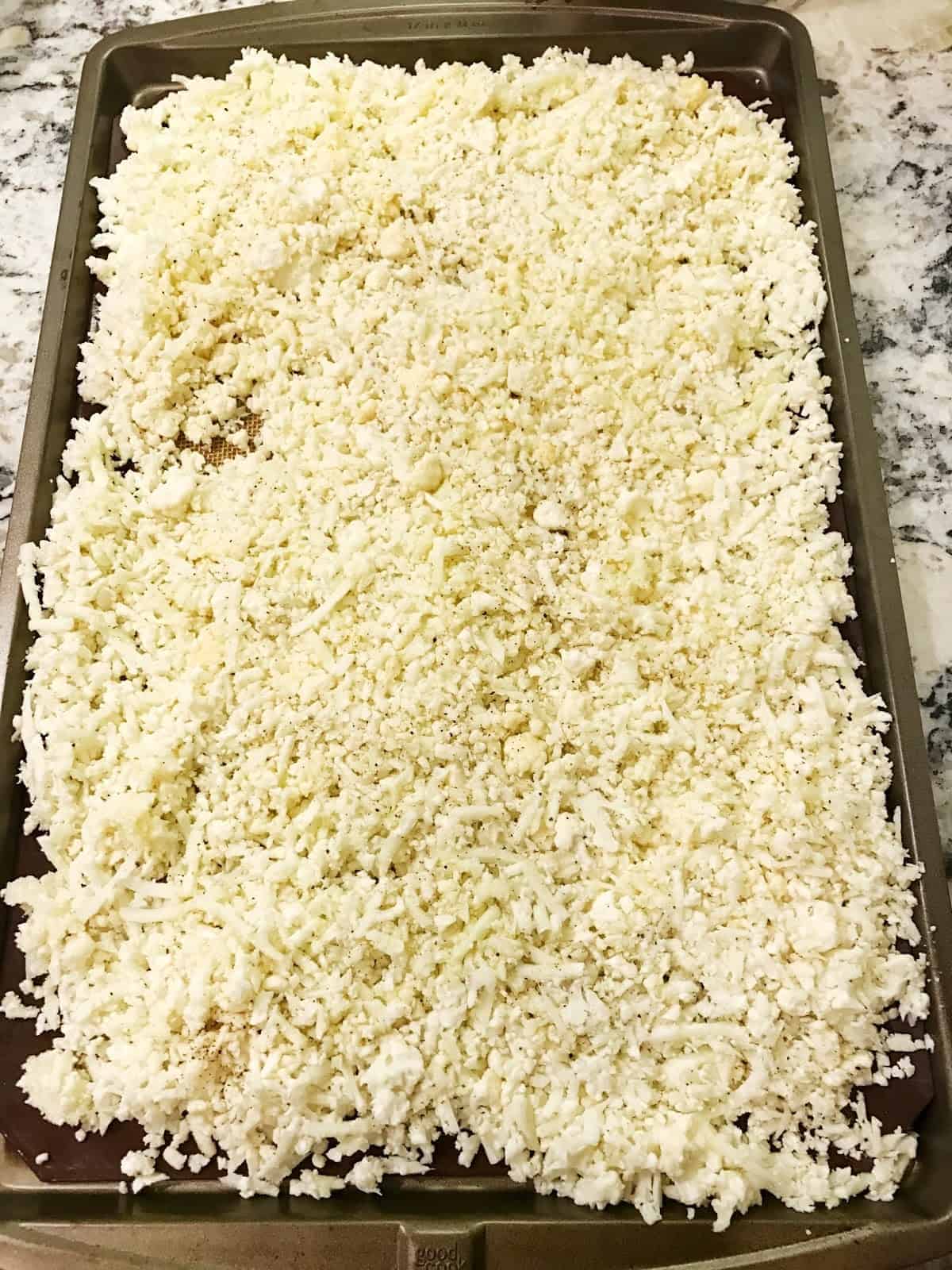 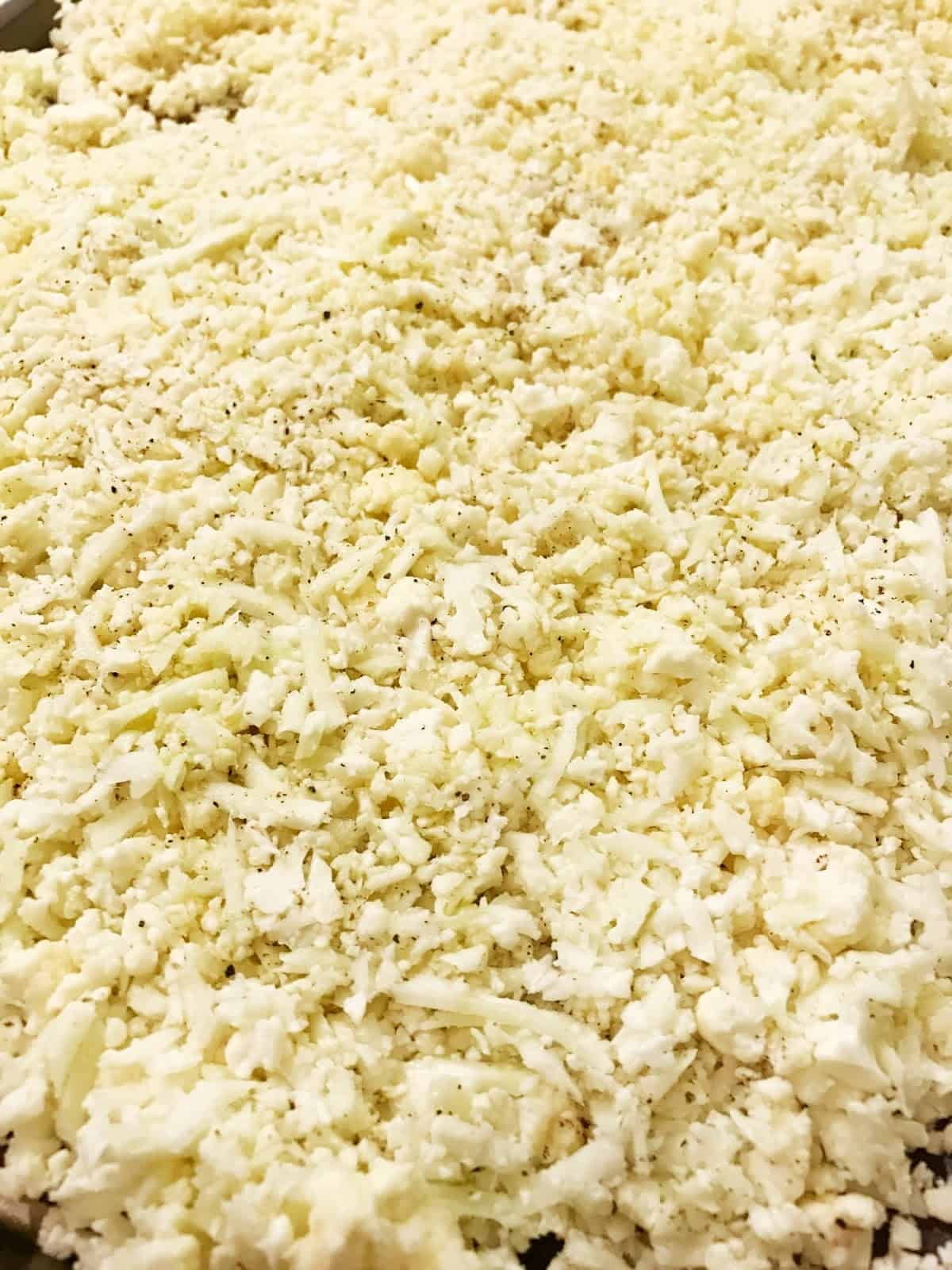 Anywho… I make a lot of Asian dinners because they generally pack a ton of flavor and remain relatively healthy. We used to eat rice with all of them, but that’s a lot of empty carbohydrate calories at the end of the day. My 30-year-old metabolism just doesn’t work the way it used to. So, I found this substitute that really doesn’t leave me missing the rice like I thought I would. It’s very quick and easy, too, which is just what I need on a busy weeknight.

1 head cauliflower, trimmed of the green stuff
Kosher salt, to taste
Freshly ground black pepper, to taste
EVOO (about 2 tbs.)
Preheat the oven to 400.
Shred the heads of the cauliflower using the “medium shred” blade of a food processor. You can also just finely chop all the pieces if you don’t have a food processor or want to skip the clean up. Either way – just make small pieces as pictured above.
Spread the pieces on a baking sheet that has either a silicon baking mat or some nonstick foil on it. Season with salt and pepper. Drizzle with olive oil. Gently just mix it all together with a large spoon or your hands. Evenly flatten the mixture to make one even layer in the pan.
Roast at 400 until golden brown (about 25 minutes). The longer you cook it, the crispier the texture. Serve with your favorite dishes when you’d normally use rice. Enjoy the healthy-ish life!