This weekend we took a great trip to Dallas to watch the Aggies play Arkansas in the Southwest Classic at Jerry World (Cowboy Stadium). The game was SO awesome! It was a nail biter right up until the end. If you didn’t get to see it, you really missed a great one. There was a definitely bogus call that cost us a touchdown, but otherwise the game was just back-and-forth good football. 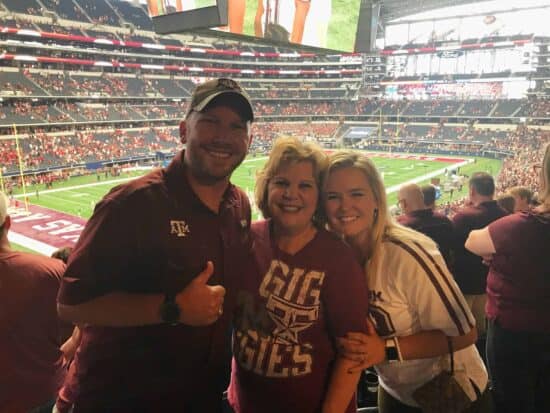 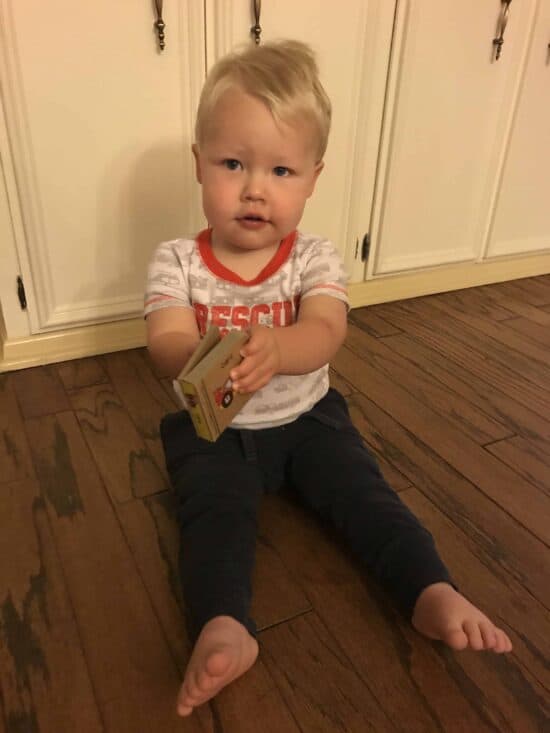 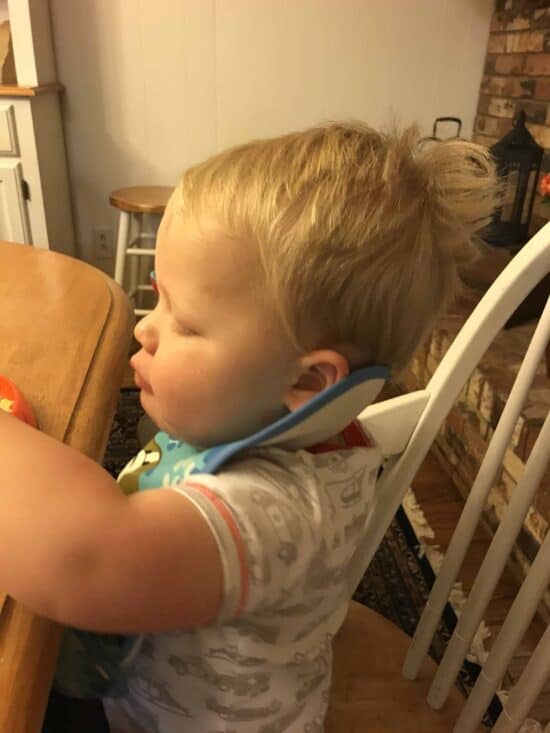 He also loved getting to spend some one-on-one time with his Mah-Moot (Aunt Mo). He got lots of Itsy Bitsy and cuddle time! 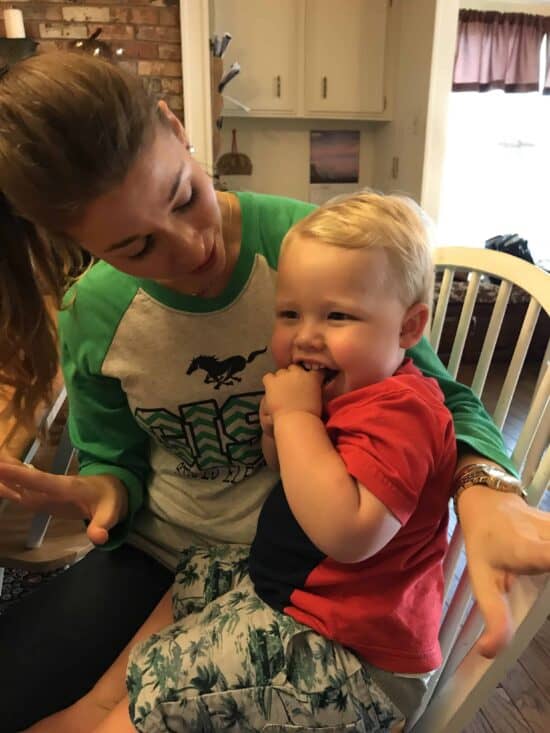 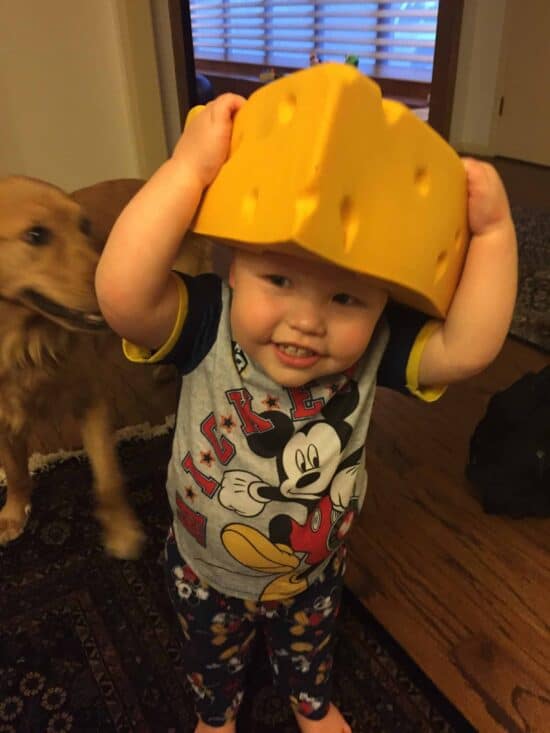 The really hilarious thing is that the hat (meant for adults) actually fits his head kinda perfectly. 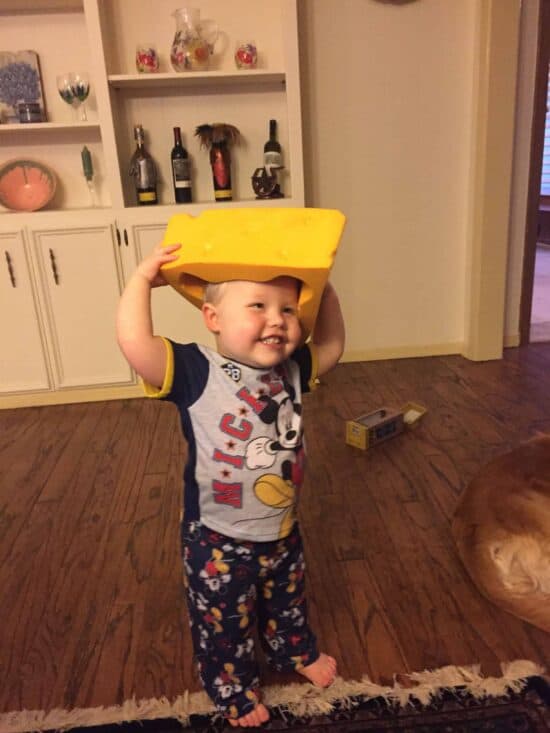 Jon Boy was so excited to finally be at an Aggie football game! I have to say, as much as I don’t personally looooove Jerry Jones, the Death Star (as its called – Jerry World – Cowboy Stadium – whatever), was super easy to navigate! I never waited in line for the restroom (which were always clean), and I got food + beer with almost no wait. It was kinda perfect. Not to mention the final score of the game… 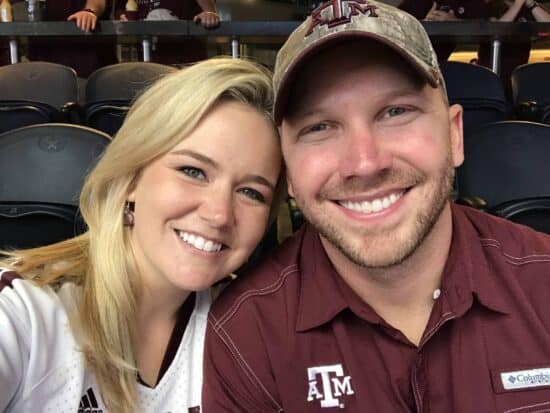 I used to literally only go to Aggie games for the Aggie Band. There’s nothing like them. We sat next to a couple whose son is one of the band majors. It was great to see the experience from their eyes, too! 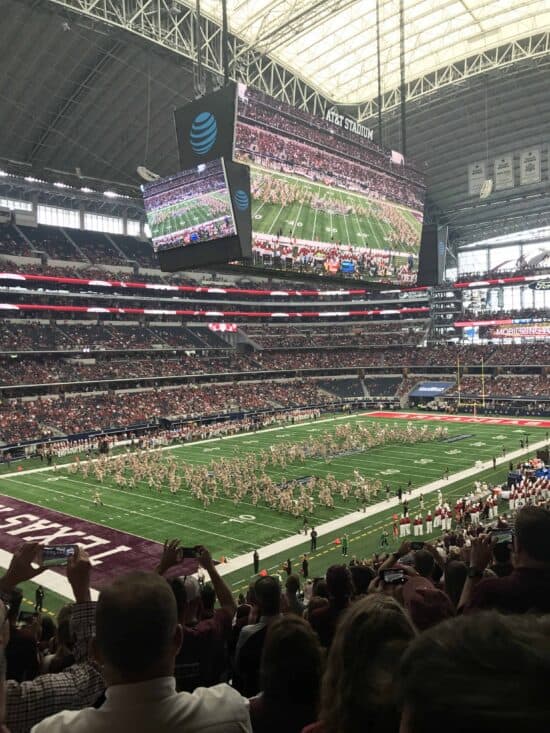 SPOILER ALERT – in case you DVR’d the game and don’t know the score (and also live under a rock), but the AGGIES WON IN FREAKING OVERTIME! It was magical! 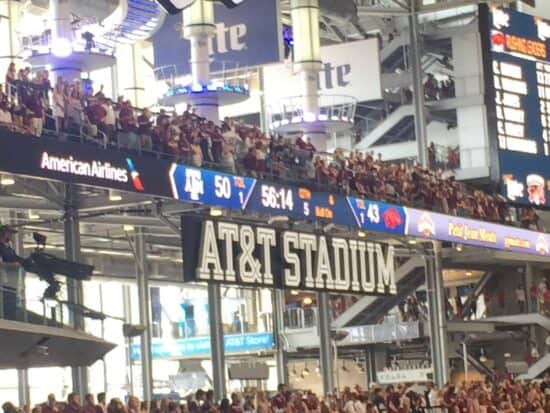 Watching Jerry Jones give the Aggies this trophy for the sixth time in a row was something of beauty.

My Daddy would be happy. 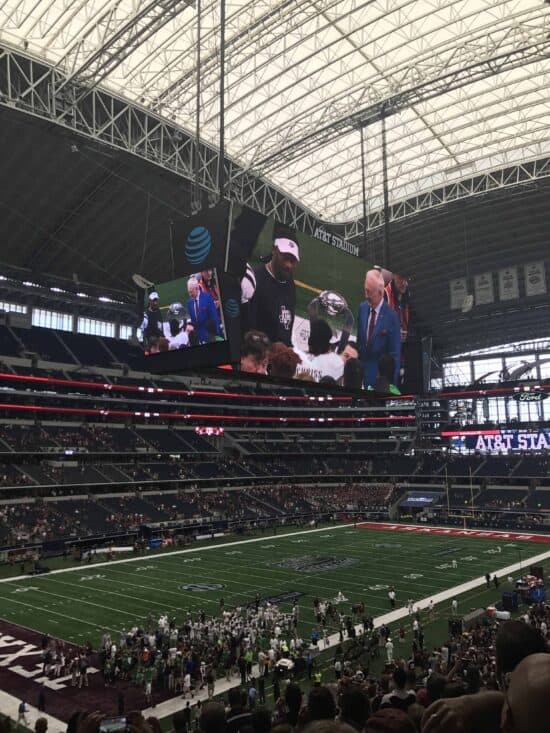 Big Guy was all cuddles with Teddy + Stuffy on the ride back from Dallas. All I gotta say is Thank the Lord for Sesame Street on DVD. We wouldn’t have made it without this little distraction. But for the record, if I hear Elmo’s voice again in the next 48 hours, I might shoot the TV. 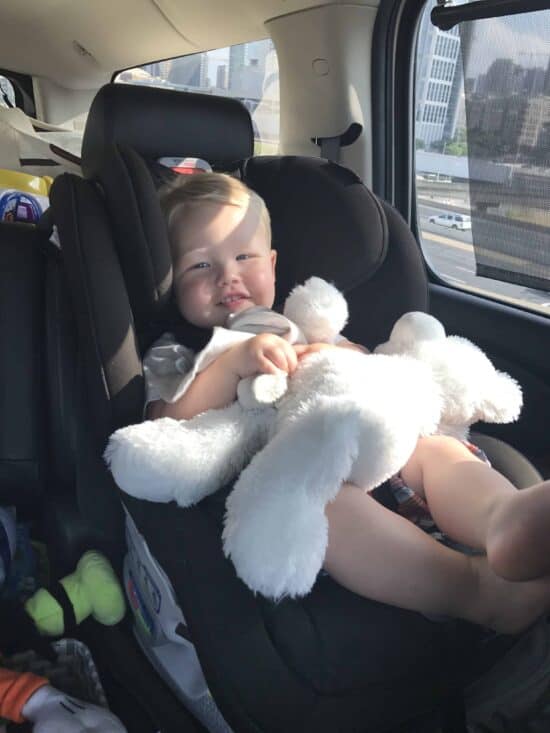 I hope y’all had a great weekend, too!