Holy banana biscuits. I had NO idea what to expect when people talked about the “Terrible 2s”. We’re in the weeds now, my friends. Corey has officially hit this so dreaded phase of life. The Terrible 2s are here to stay.

Before I had Corey, I would tell myself:

I won’t put up with any tantrums. That will make this phase end quicker.

I’ll just reason with my kids, and they’ll understand and change their behavior.

I was a freaking moron.

I have recently discovered that Corey is indeed going through his “Terrible 2s” now. Like at 19 months it started, and holy banana biscuits [I really like saying that], we’re definitely here.  I don’t know about every other kid, but I’m sure it’s not abnormal for kids to start this little “phase” early. I’ve heard it’s even more difficult with the firstborn, too. I guess because they don’t have siblings to hang with or take out their emotions on. Either way…

It’s really, really hard y’all. Your toddler goes from just loooooving discovering and asking questions [in their own way] and exploring to a… well…

and then immediately into the sweetest, most cuddly little muffin of your life 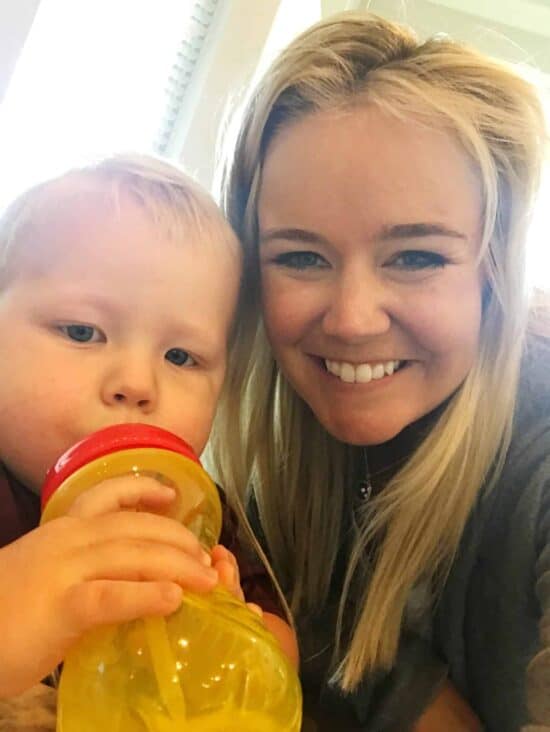 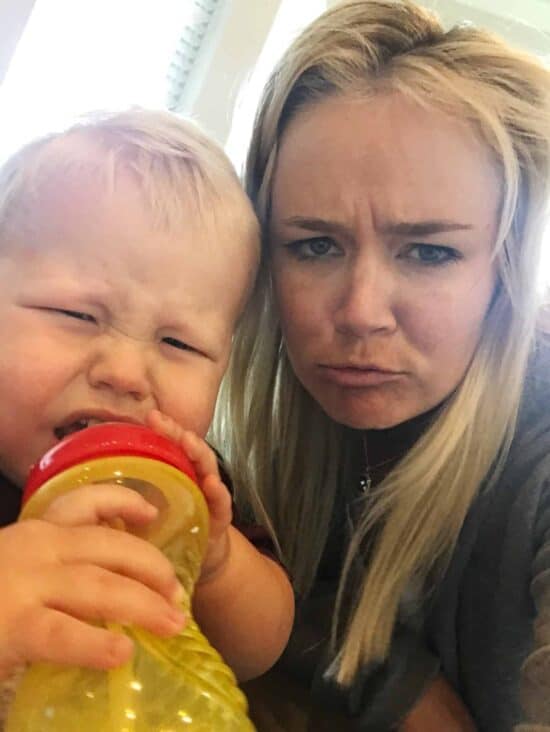 I read an article from Mayo Clinic about the reason for this “phase”. And dear God, please let it only be a phase. The article explains that, basically, this age of a toddler is getting to be too smart for their own good. They have the knowledge and awareness of their surroundings. They understand rules and consequences. They want to be independent. They also don’t know how to articulate what they want. They don’t understand why things are okay at some times and at other times and places, it’s not okay. They want to still cling to you like a monkey on a tree in a rainstorm. 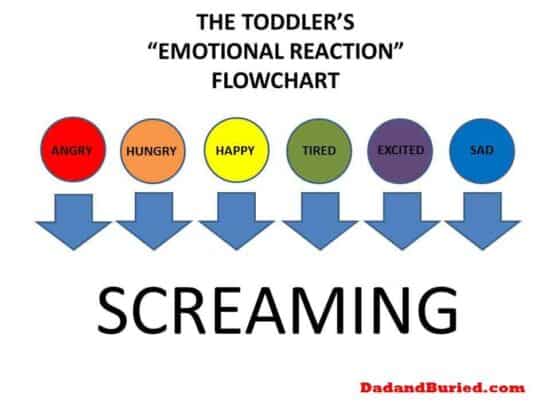 It’s a killer to see Corey go from an independent book-reader to a raging mess the next minute. I can tell that there’s something going on in his sweet, beautifully-growing brain. I know it’s not his nature to be a cranky man. It can actually make me worry that he’s got some horrible disease that I just can’t understand yet because he can’t tell me. [It will drive you crazy if you google that stuff, too, so don’t. Trust me.]

The article suggests that if your kiddo can’t be persuaded to focus on something else [redirection], then ignore their behavior. You don’t want to feed the beast, so-to-speak. You want them to learn independence. I still definitely will cuddle and snuggle my little man, but when it’s been enough, I just let him get his emotions out. It really helps sometimes to walk away and let him figure it out.

The article continues to suggest that you remove the kiddo from the situation [let’s say a grocery store] and let them throw their tantrum until it’s over. I’m not sure I totally agree with that, but I get the idea. Don’t “reward” bad behavior with attention. Easier said than done when Susie “my kids didn’t do that” shoots you her judgmental look. I think I’d prefer to make sure Corey’s at his peak time of the day, which for him is right after snack time at about 10:30am. If he starts to go to the dark side, I redirect him, then I quietly scold him if that doesn’t work, and then finally, I will just hurry to check out and leave. I’ve had the kid who’s throwing things out of the cart that I put in, including his own shoes. He even hit me during that same grocery trip. We still made it through, and he still was scolded. 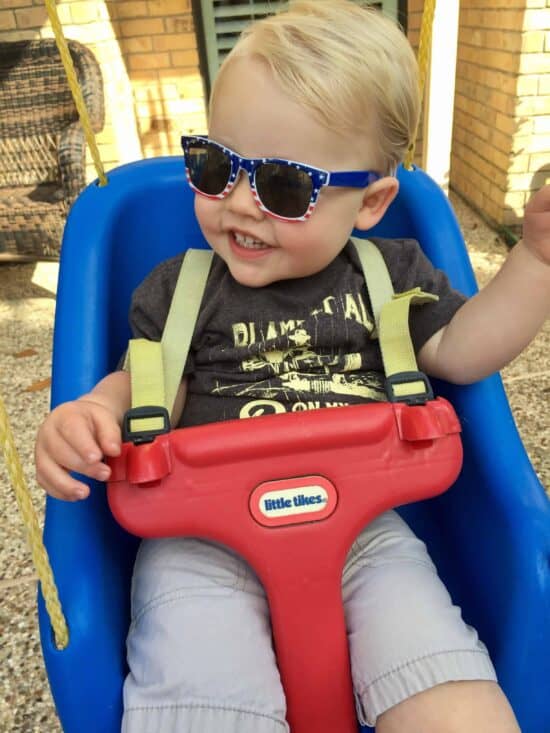 I will say something that’s worked [so far anyway… as I’m writing this post, I’m sure I’m cursing the success of this attempt] for us is to allow Corey the chance to fix his behavior BEFORE we intervene. It works about 80% of the time. For example, if he’s going into a cabinet he shouldn’t be, I say, “Close the door please,” calmly. I wait, then count to 3 if I have to, and THEN I intervene. That at least allows him a sense of independence and free will. I also will let him help me do things when he’s trying to get my attention. For example, if I’m doing laundry and he’s trying to destroy our closet, I’ll ask him to help me do laundry. He’ll hand me stuff to put in the washer, and I’ll hand him things from the wash that need to go in the dryer. Simple, but it keeps him occupied and content.

We do implement time out in our house. Our pediatrician told us that you can do 1 minute of timeout for each year of the child’s age. So, Corey can be in timeout for about 1:30. And he knows when he’s in timeout that we aren’t happy with his behavior and that he’s not allowed to get up. We even make him say, “Sorry,” before he’s allowed to go play again. It’s working so far… but stay tuned. 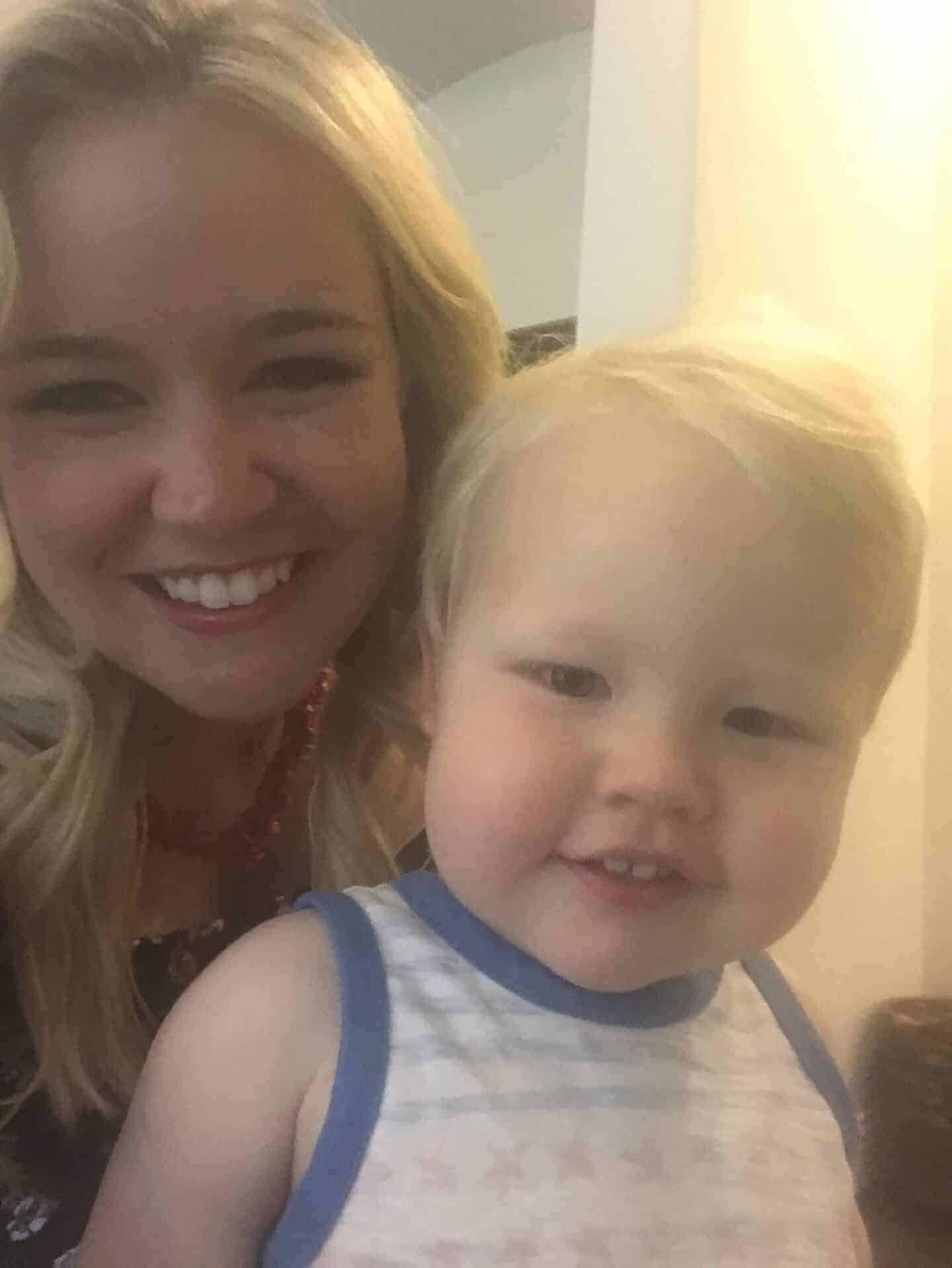 I know there are a lot of you out there who are the cuddly-type who will just snuggle your munchkin until they’re 31. I’m just not one of those mamas. I love my little man, and we have lots and lots of kisses and hugs and books read. But… I also need him to be independent and able to self-soothe in certain situations. I like finding a balance between tough love + snuggly love.

I’ve asked lots of my friends and family who are mamas, and now I’ve asked Mayo Clinic. It turns out, this is totally normal. My kid isn’t broken. Or menopausal. Or a bipolar psychopath. So, hang in there, fellow mamas and daddies. This too shall pass. Until then, pour yourself a glass of wine and cuddle that little mess of emotions until you both forget this phase. Crankin’ up Sesame Street can’t hurt either.