Rule #223: Comfort food can be both healthy and delicious.

There’s something so comforting about meat sauce (Bolognese) and spaghetti that really brings back some good memories for me. This lightened-up version of my spin on Beef Parmesan (instead of Chicken Parm) is so simple to make and oh-so-delicious! This savory, low carb dinner comes in at under 450 calories and over 30g of protein per serving!

You can also sub out the beef for cooked chicken if you wish (or even ground chicken). I love me some hearty beef though. There’s something about the garnish of fresh basil that really sets this easy recipe over the edge.

Here’s how to make this easy, healthy dinner! First, cut the spaghetti squash in half lengthwise. Remove the seeds and membranes. Drizzle the inside with olive oil, Kosher salt, and black pepper.

Place the spaghetti squash cut-side-down in a 13×9 Pyrex dish (or other oven proof dish). Bake at 400 for 50-60 minutes, until the skin is soft to the touch.

Remove from the oven, turn cut-side-up, and allow to cool. Reduce oven to 350.

Reduce the heat to medium-low and simmer the sauce for another 5 minutes, until it thickens slightly.

Place them in a large colander or sieve to drain. Gently move the squash around push on it with some tongs to get the excess water out. This will keep your spaghetti squash from being soupy later on.

Once the Bolognese has cooled slightly, combine the spaghetti squash, Bolognese, and 1/4 cup shredded mozzarella in a large bowl.

Evenly divide the mixture between the two spaghetti squash shells. Top each with some Parmesan cheese and the remaining 1/4 cup mozzarella. Bake at 350 for about 15 minutes, until cheese has melted and mixture is warmed through. Garnish with julienned basil leaves.

This recipe makes 4 good sized servings, each coming in at 446 calories, 30g fat, 10g net carbs, and 31g protein. Jon Boy and I usually will eat one half of the spaghetti squash one night and gladly eat the leftovers the next evening for dinner! It’s, in my opinion, even better the next day!

Once the seeds and membranes are removed from the two halves of the spaghetti squash, drizzle on the olive oil, salt, and pepper. Rub all over so the oil covers the inside of the spaghetti squash. Place cut-side-down in a large 13×9 Pyrex dish (or other baking dish). Bake at 400 for 50-60 minutes, until the skin is tender to the touch.

Remove from oven and allow to cool. Reduce oven to 350.

Meanwhile, make your Bolognese sauce. In a large skillet, brown the ground sirloin over medium-high heat (about 8 minutes).*

Once the beef has browned, add in your marinara sauce, stir to combine, and lower to a simmer. Cook until the sauce has thickened slightly (about 5 minutes). Remove from heat.

*These two steps can be completed ahead of time. Just store the shredded spaghetti squash and Bolognese in two separate dishes in the fridge until ready to bake (up to 2 days). 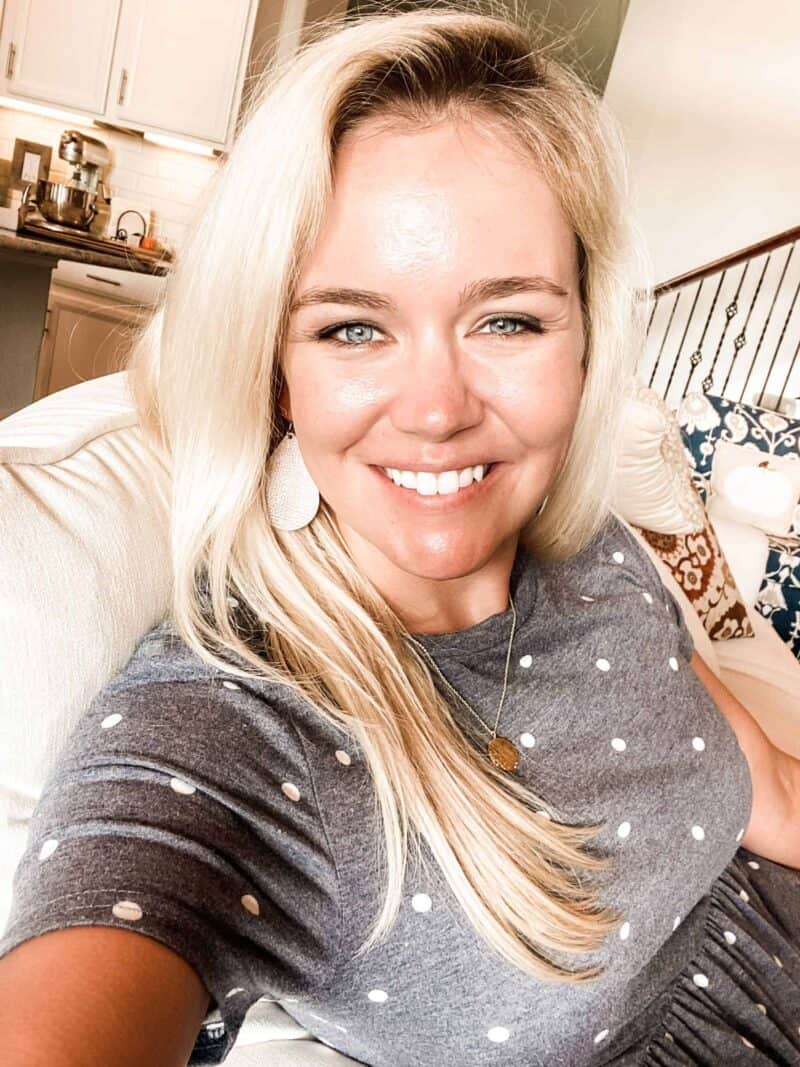