[Just a disclaimer – this is personal and very raw. It’s definitely not a light-hearted post. However, I think it represents my brother the best way I know how to.]

It’s been one year since we lost Jimbo. It feels like no time at all, but also the longest year of my life. I’ve been dreading this month and this day for a while now. There are many days when I still can’t believe he’s gone, and then it hits me all over again as if it were the first day I’d heard about the accident. I would get tears just thinking about seeing 10.19 on the calendar. I really, really hate this date, and I think I always will.

There’s so much that’s lost when someone dies. You lose their future and the future you’d envisioned them being part of. Jimmy would have graduated earlier this year. He would’ve turned 22. He would’ve known Corey.
But, Jimmy will forever be 21. He’ll forever be so many things. He’ll forever be my caring, hilarious, sarcastic, and sometimes stubborn “small” brother.

So, to celebrate his life, I’d like to share some of my favorite stories about my “small” brother, Jimmy.

First of all, he obviously wasn’t small by any means. The kid was huge (as is his nephew) from day one. He was bigger than I was from a very early time. In fact, the day we went to celebrate my 21st birthday, I was carded but they poured Jimmy (13 at the time) a free glass of wine to taste. Real cool. 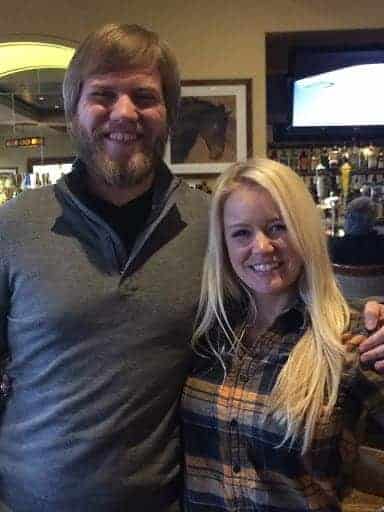 Speaking of “small”, this little gem is from way back in the day when we both went to daycare at the Sloan School in Irving. When he first started at the daycare, I was in 5th grade and he was a wee little tot. To get to the big playground, we had to walk through the little guys’ playground [pictured here]. Every time this kid saw me, he would absolutely melt down. I mean huge, all-out, ridiculous fit that would take a good 30 minutes to recover from. And by recover, I mean his teachers. Poor things. This guy wasn’t easy to convince to do something he didn’t want to do, like be separated from his big sister [later that wouldn’t take much convincing at all].
Once, he even held his breath until he passed out because my mom wouldn’t let him crawl up the stairs. Keep in mind he wasn’t even one; he had JUST started crawling. Yeah. #stubborn #butusuallyeffective 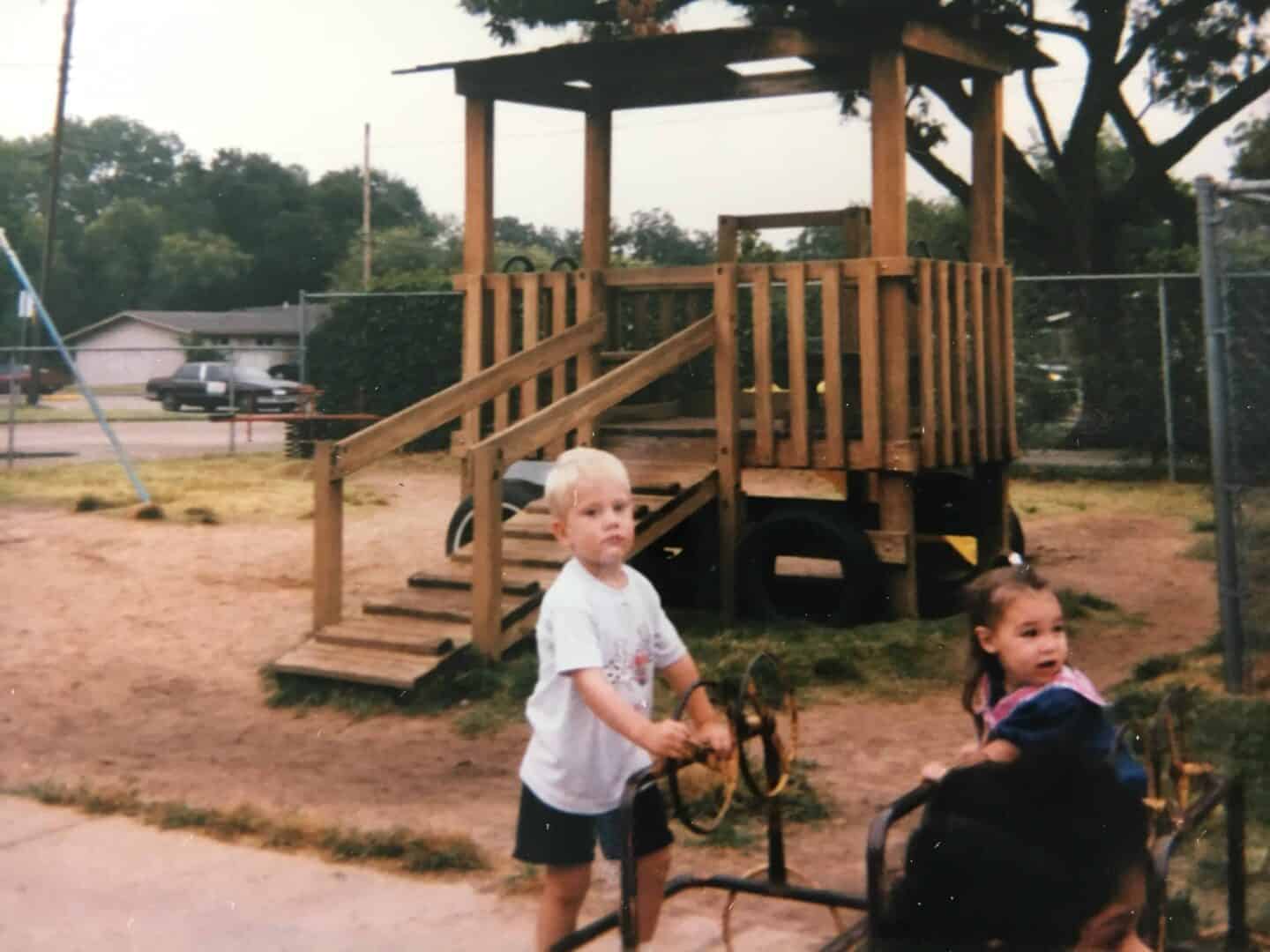 He had a wicked sense of humor. Not an in-your-face, watch-what-I-can-do-kind, but the dry, quiet kind. He always had one-liners that would leave you laughing days later. 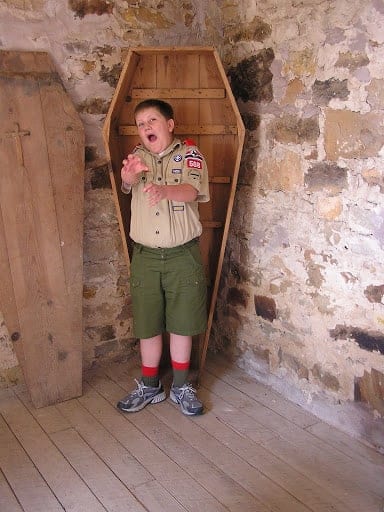 For example, the name of this post comes from one of our last texts together. I was having a rough time with the end of pregnancy (okay, maybe the whole pregnancy) especially whenever we’d be out with all our friends having a cold beer at the end of a long work week or watching football. This was one such occasion. Jimmy took less than a minute to reply to my need for said beer with, “Soon, grasshopper, soon.”You can see in the rest of the texts, we were talking about his high school, MacArthur in Irving. He’s talking about the kiddo who brought a clock that looked like a bomb to school. I’m not making any judgements one way or the other, but I love that Jimbo texted me just to see what I’d say. We didn’t talk often as he got older [see above about getting away from me – his older, not-nearly-as-smart sister], but when we did, I cherished it. 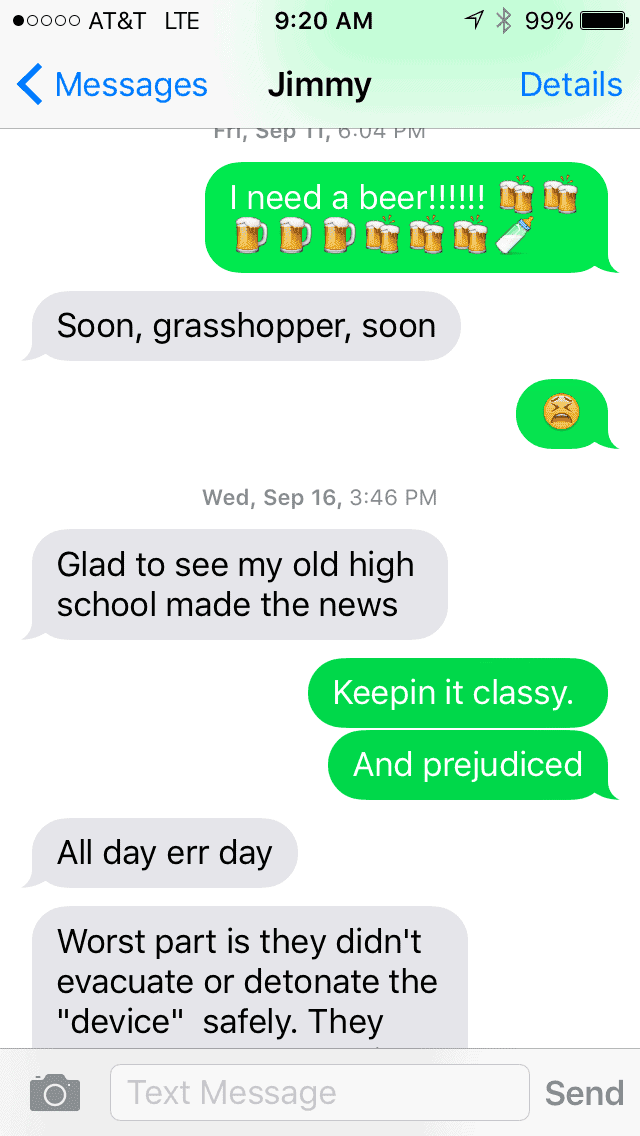 I just threw this one in because he was such a cute little man. I’m starting to see SO much of him in Corey. Not only in looks but in personality [#stubborn #butsocute]. 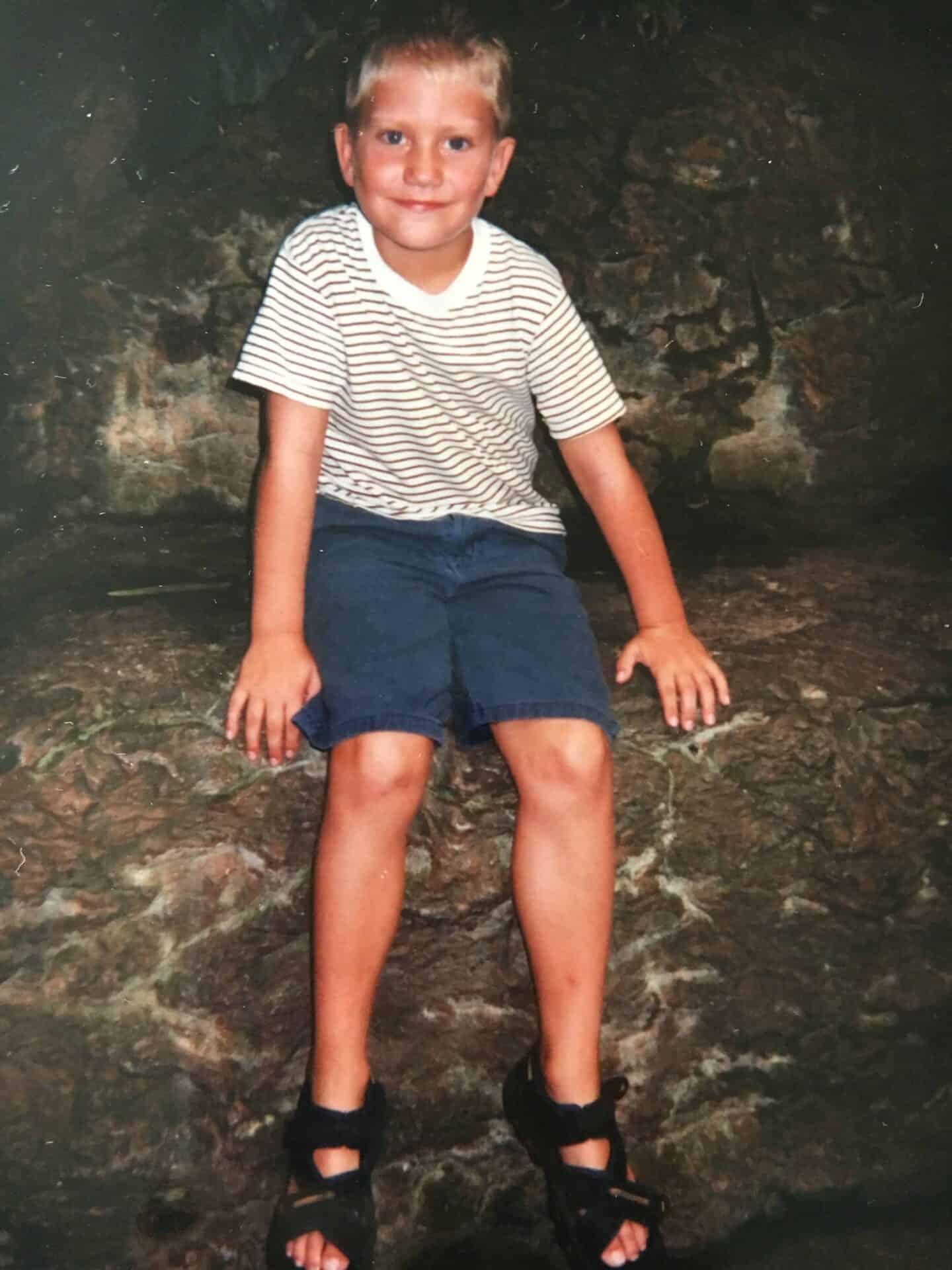 This one had me rolling for a while. I knew he was totally creeped out, and I loved it. It took a lot to get a chuckle or a rise out of him, so I was proud of myself. 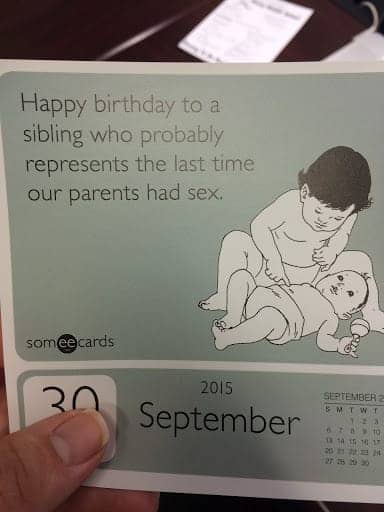 His response was typical Jimmy. If you knew him, you could hear him saying the text and then giggling. Love it. 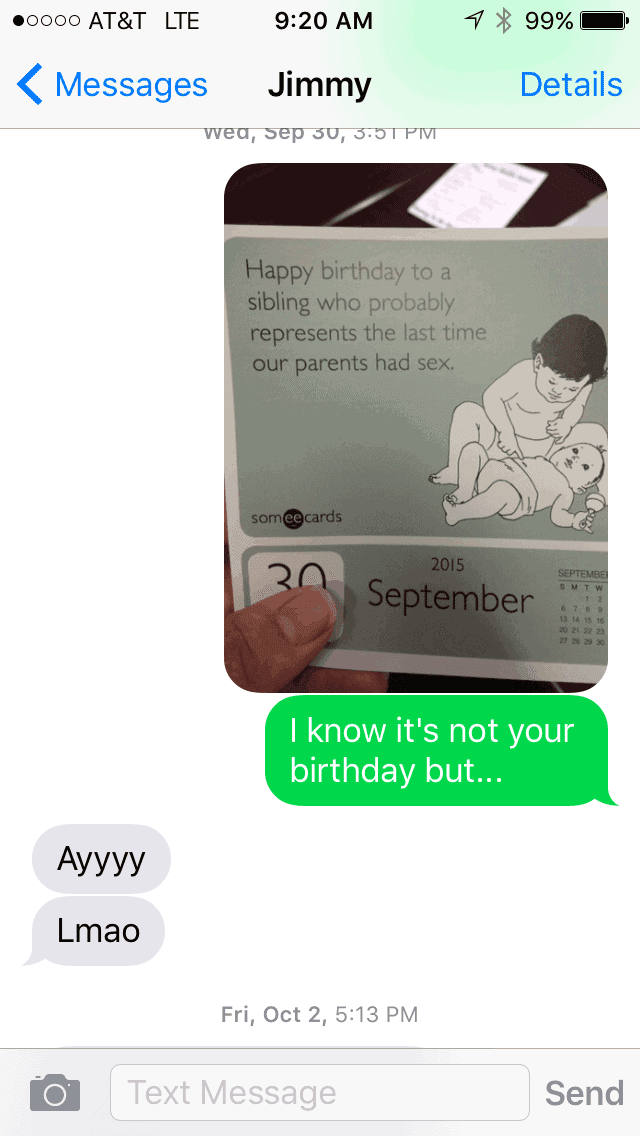 He was one of the least athletic people I knew, but he could probably shoot the stray hairs off a fly if he needed to. My dad actually had one of Jimmy’s paper targets hanging in the kitchen for years. It was almost completely hollow in the bullseye. The kid was talented. 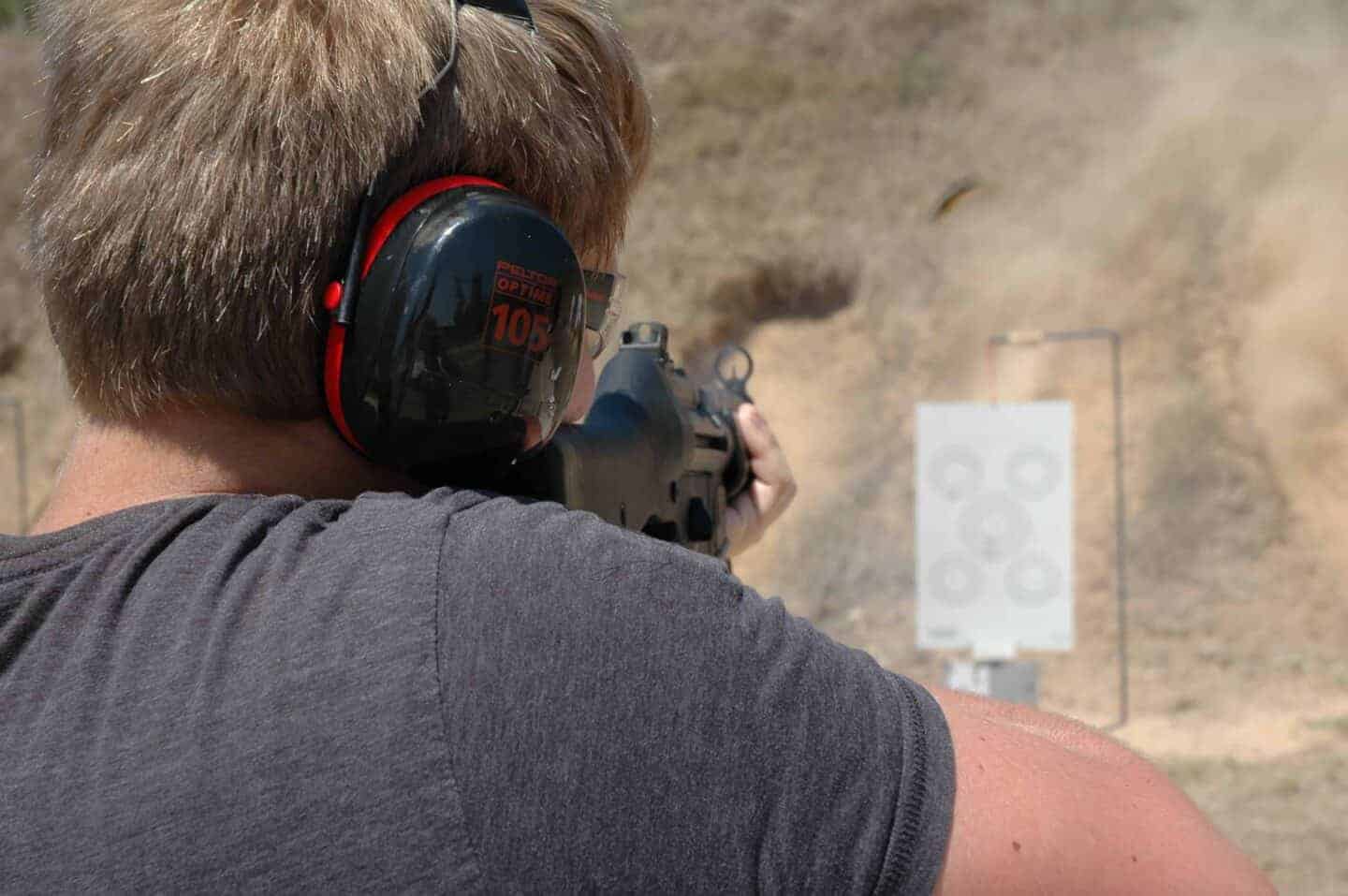 He had an epic time at this bar with his best bud, Sterling. I won’t give many details, but let’s just say he lost a shoe and had an entertaining ride home from Uber. 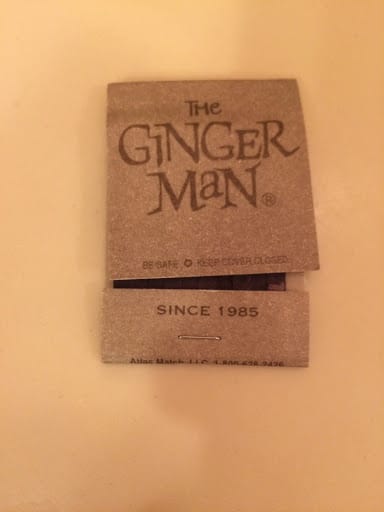 This, friends, is some ridiculously expensive Japanese whiskey that my brother bought in college. College. Do you know what I got in college? Boons Farm. Keystone. Natti Light. You know what I mean? This guy knew the good stuff and wouldn’t settle. He always researched the best thing no matter what it was; he never went with what was “trendy”. At times it drove me crazy, but I can definitely appreciate his thirst [get it] for a good thing. 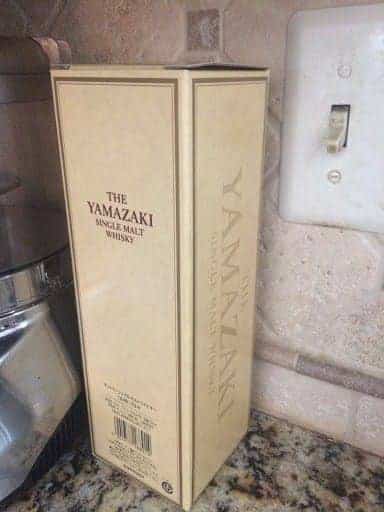 Above all, Jimmy was a loyal and devoted friend. He was caring, compassionate, generous, and always thought more of others than himself. At his memorial service, was played “You’ve Got a Friend in Me” and to this day, it’s still my ringtone. I think of him every time my phone rings. It’s the epitome of who my brother was. I hope I can continue to channel his devotion to his friends into my relationships with others. The stories we heard and continue to hear about how great he was are so healing and beautiful. 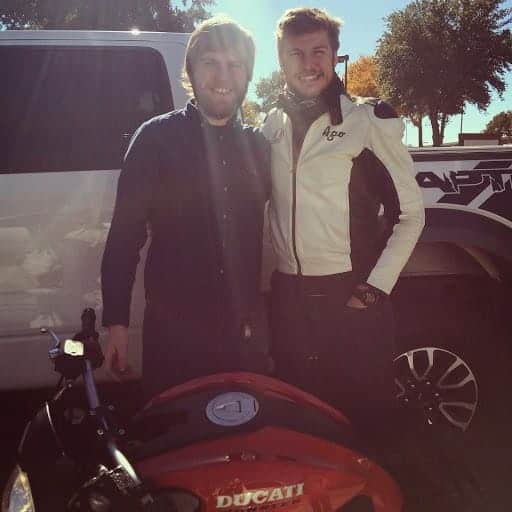 I don’t have a picture for this, but I’ll never forget when Jimmy was maybe two years old, his intelligence came shining through. My dad, Jimmy, and I went on our weekend tradition, the “Donut Run.” It was a good time for us to kind of get out of the house, pack up the dogs, grab some donuts, and head to Grapevine Lake. As we were driving, Daddy couldn’t remember the name of the street we usually turned on to get to our favorite spot at the lake. From his carseat, the two-year-old Jimmy says, “Dove Road.” My dad and I were dumbfounded. How he remembered that I will never know.

Since our dad has passed earlier that year in 2012, Jimmy walked me down the aisle and danced with me during the Father/Daughter dance. 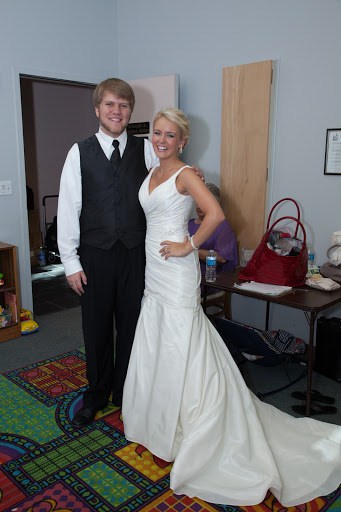 When he was younger and I would drive him around, he always wanted to listen to the Beastie Boys’ song, “Brass Monkey.” So, that’s of course what we danced to at the wedding. 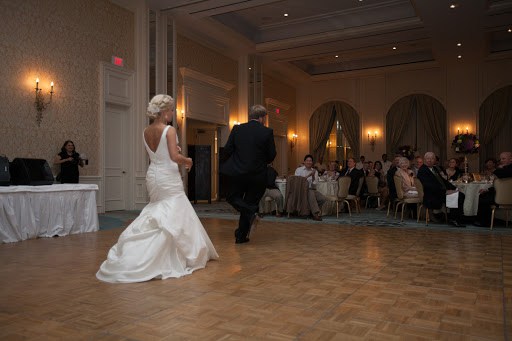 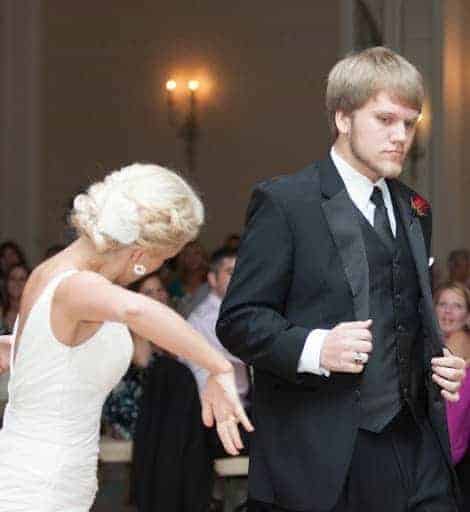 Jimmy was also an excellent joker. See this? It’s my Christmas gift. Wanna know what’s inside? A box. Then a piece of luggage. Then a shoe box wrapped in duct tape. And on and on and on we go. Then, I finally get to my gift. A necklace. I think it took me 15 minutes to unwrap this dang thing. 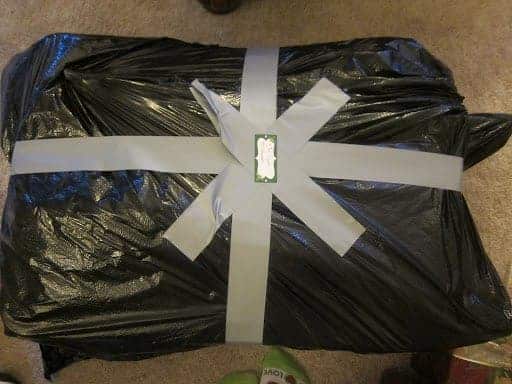 He giggled the whole time. I was less than amused. 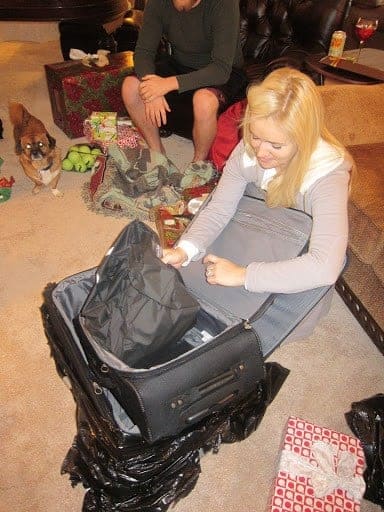 Another story that doesn’t have a picture would be the time I had a meltdown as a first year teacher. Jimmy was in 8th grade, coincidentally the same age as my students. It was a Friday night and my dad wanted to grill burgers. So, on the way to the house, I picked up all the fixings and everything after a very, very, very long week at school. I got all the groceries in and started unloading only to realize the meat I bought was wayyyyyy past its expiration date. This was the straw that broke the camel’s back. I lost it. Started crying and might have said a few cuss words. At this point, my dad could see there was no way the burgers were happening. He handed me some cash and sent me Jimmy to get BBQ. As we were waiting for the food, I had a beer and unloaded my issues onto my then 14-year-old brother. He sat patiently and listened for about 30 minutes as I went on-and-on-and-on about my problems. He offered me some of the most insightful advice I’ve ever received. [I’m going to keep that advice to myself.] He had a very wise soul at such a young age.

Okay, so this picture isn’t from this story, but you’ll see why it relates in a bit. So, one day mom was walking around the house when she saw Jimbo outside. He was outside often playing with the neighbors and what not. Then she realized he was very focused on the side walk. Then she realized… he was peeing. Out front. For all to see. When she yelled at him to stop, he replied, “But mom! I’m camping!”

And then my mom had a talk with my dad about camping etiquette. 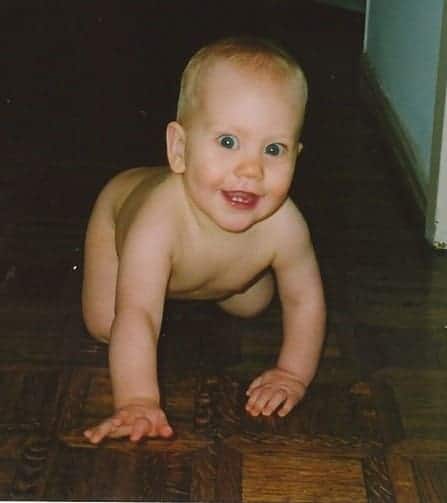 He was himself and didn’t care what you thought. He loved the fancy things in life but would also lounge around in squalor and play video games all day. He wasn’t perfect, but he was perfectly himself. I’ve learned to be more comfortable with who I am because of who he was. In so many ways, I looked up to my “small” brother. 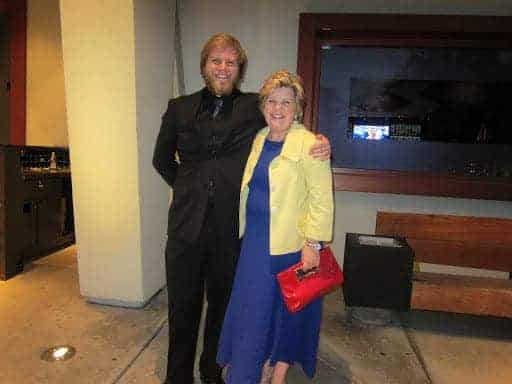 I’m going to end with the lyrics to a song that’s brought me such tremendous comfort over the past year. I hope it brings some to you, too, if you’re in need of it.

Could you beam me up,
Give me a minute, I don’t know what I’d say in it
Probably just stare, happy just to be there holding your face
Beam me up,
Let me be lighter, I’m tired of being a fighter, I think,
A minute’s enough,
Just beam me up.

Some black birds soaring in the sky,
Barely a breath like our one last sight
Tell me that was you, saying goodbye,
There are times I feel the shivering cold,
It only happens when I’m on my own,
That’s how you tell me, I’m not alone

Could you beam me up,
Give me a minute, I don’t know what I’d say in it
I’d Probably just stare, happy just to be there, holding your face
Beam me up,
Let me be lighter, I’m tired of being a fighter, I think,
A minute’s enough,
Just beam me up.

In my head, I see your baby blues
I hear your voice and I, I break in two and now there’s
One of me, with you