I’ve been waiting until the light was just right to take a picture of our entryway fall deco. I LOVE this little nook and the chance to decorate a little something extra that people can see when they first walk into our home. 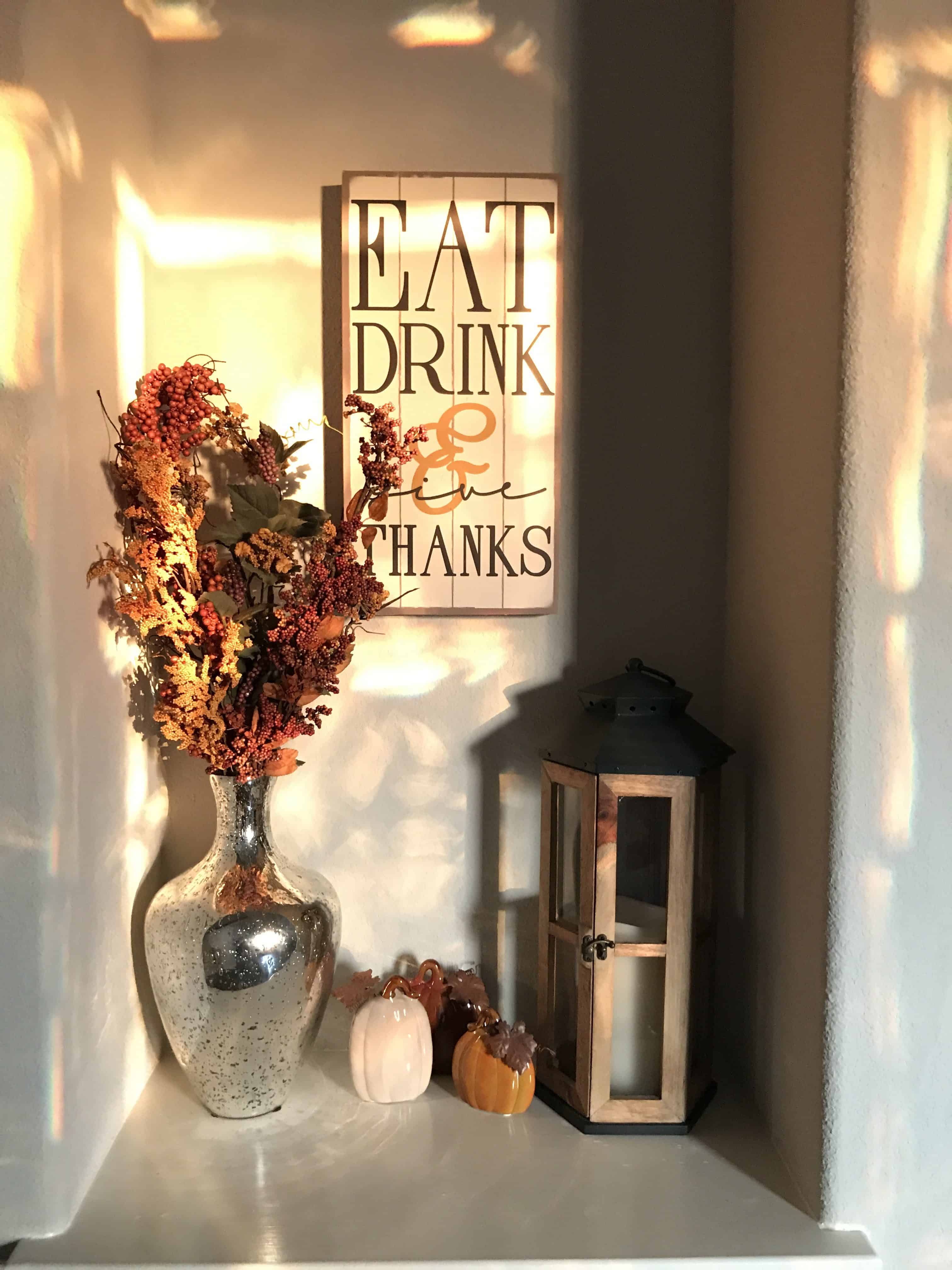 I also forgot to take a quick pic of the little bit of deco we have on our kitchen island. These pumpkins were way too cute to pass up at Hobby Lobby (hello… on sale!!!) and that frame gives a little nod to THE Texas A&M (we won’t mention last weekend’s game…). I’ve just got to get some pictures printed from Walgreens so I can throw one in the frame. 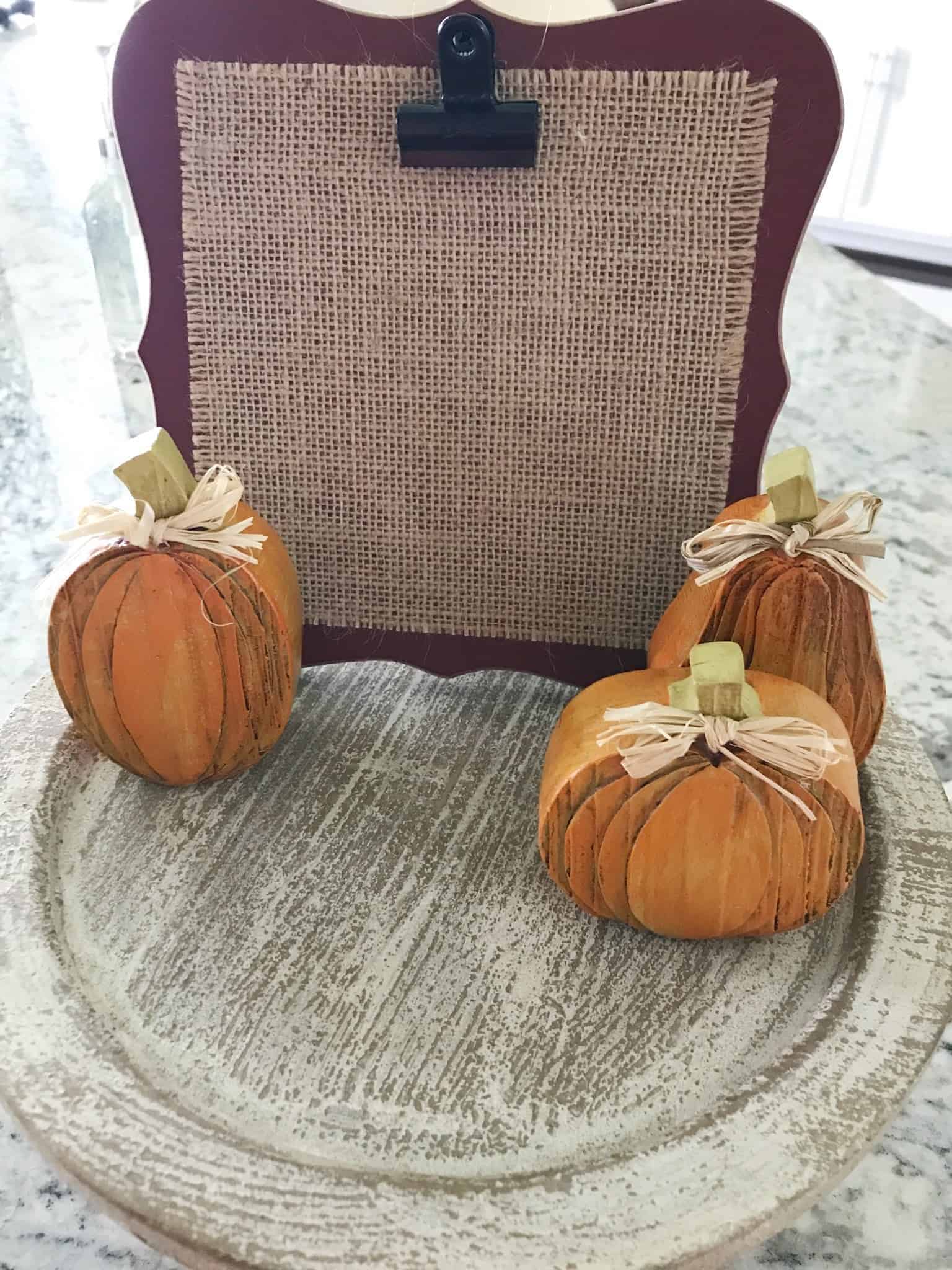 This past weekend was my Aunt Joann’s (really, she’s my dad’s aunt so – Great Aunt Joann’s) 90th birthday! My WHOLE Pitcher family gathered in Chicago to celebrate her. We couldn’t make it because of Harvey – both logistically and emotionally it was just too much. One of our relatives took this picture of my great grandpa’s tombstone.

I know it’s kind of strange, but I’d really love to meet ALL my relatives. I wonder if that’s a section of Heaven we’ll be apart of one day: the Relative Meet-and-Greet. You know? Like, “Heyyyyyy great, great, great uncle Andy! What’s up, brotha!” I dunno… that would be kind  of awesome.

Anywho – I’m very proud to be a Pitcher, and I’m very, very sad I missed seeing so many of our relatives. Hopefully we’ll see them again soon! 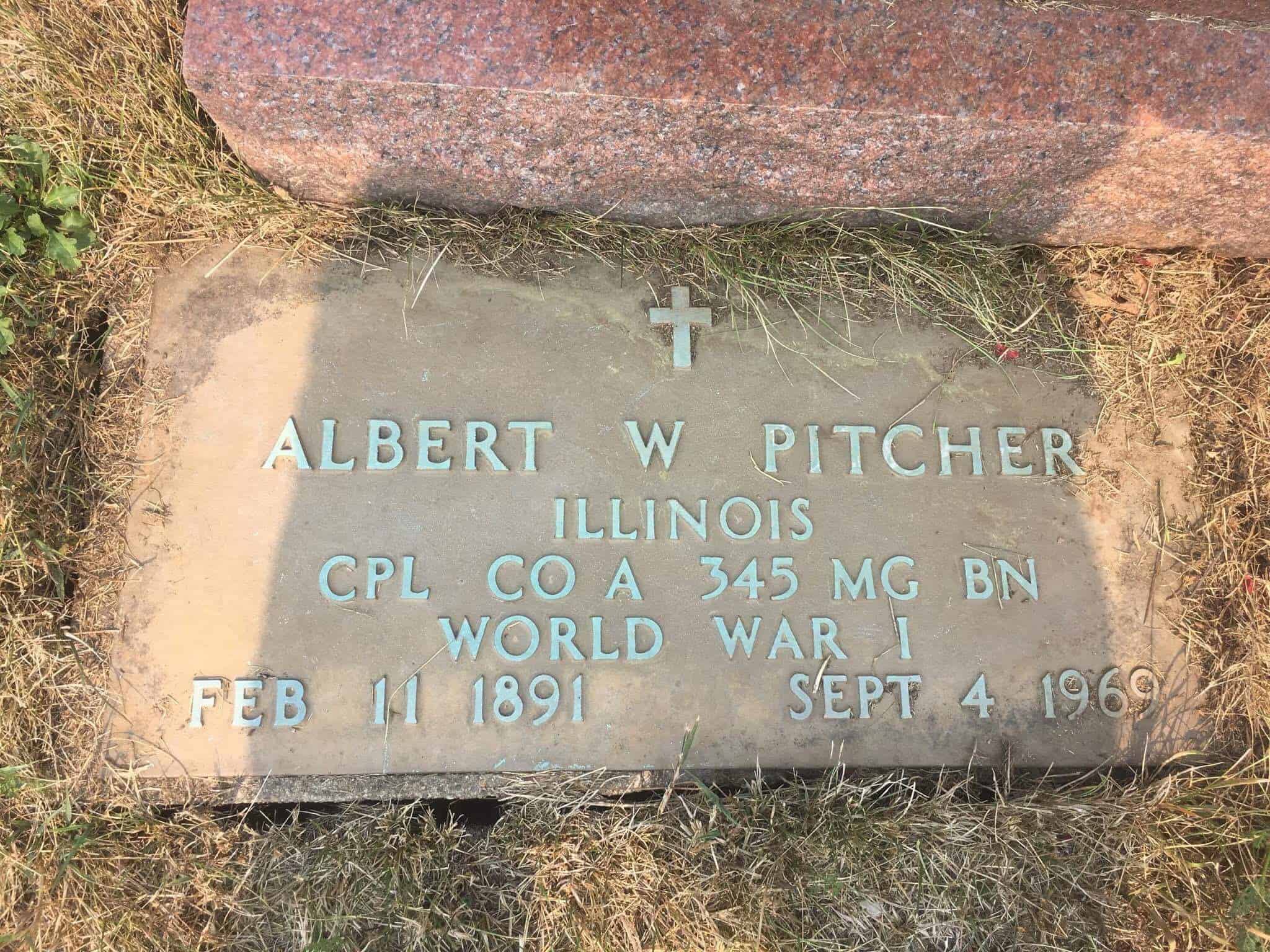 I had to share this… Target had this in their “As Seen on TV” aisle. Sriracha 2 Go. It’s a thing, y’all. Like mini-hand-sanitizer-sized Sriracha bottles. Talk about a sincere First World Problem: SOLVED. 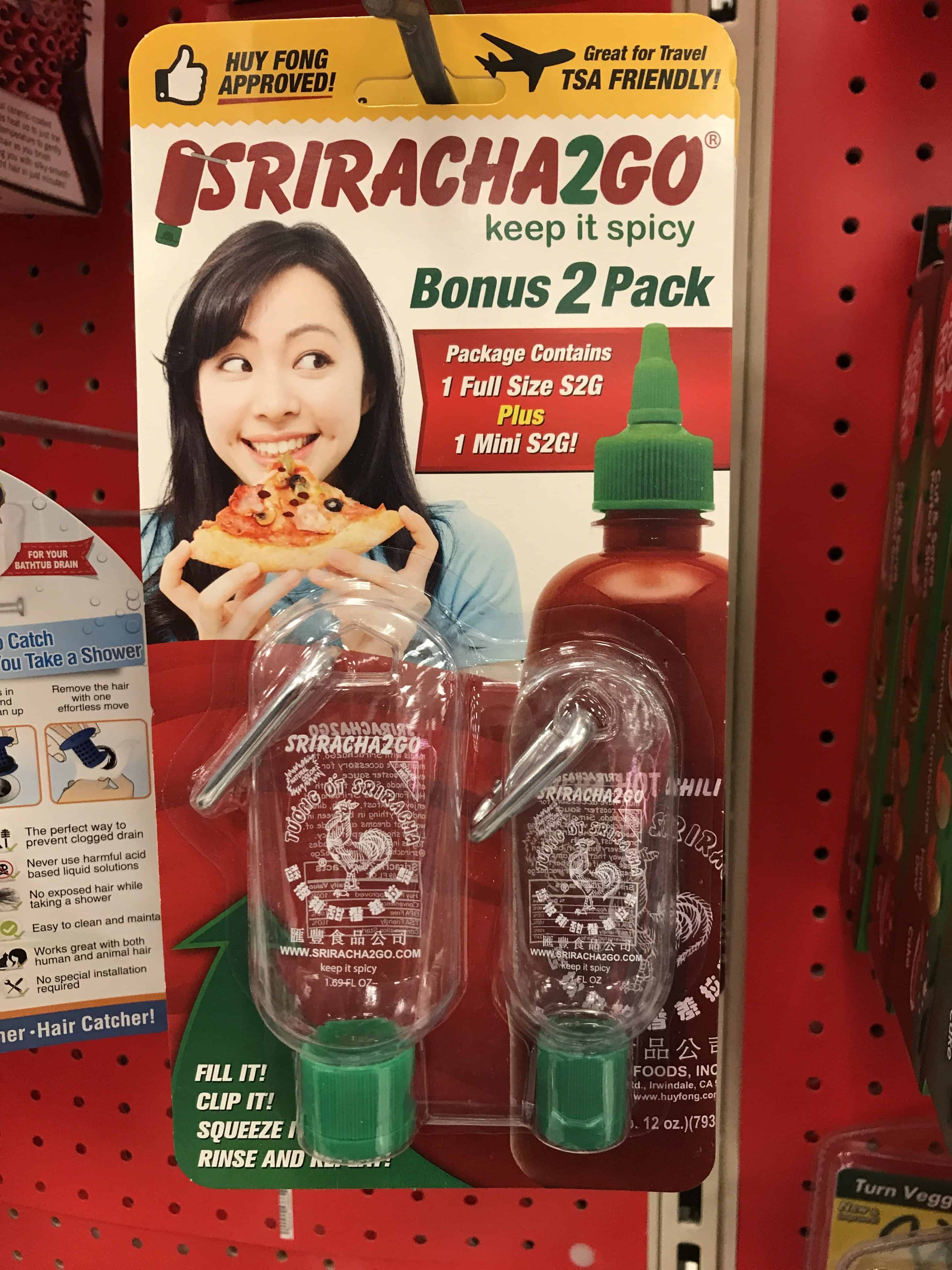 And then there was this: the Angry Mama Microwave Cleaner. I mean, why’s she gotta be mad? I’d be happy if my microwave was easily cleaned, you know? It is kinda cute, but I’ll stick to my glass bowl of water + vinegar. 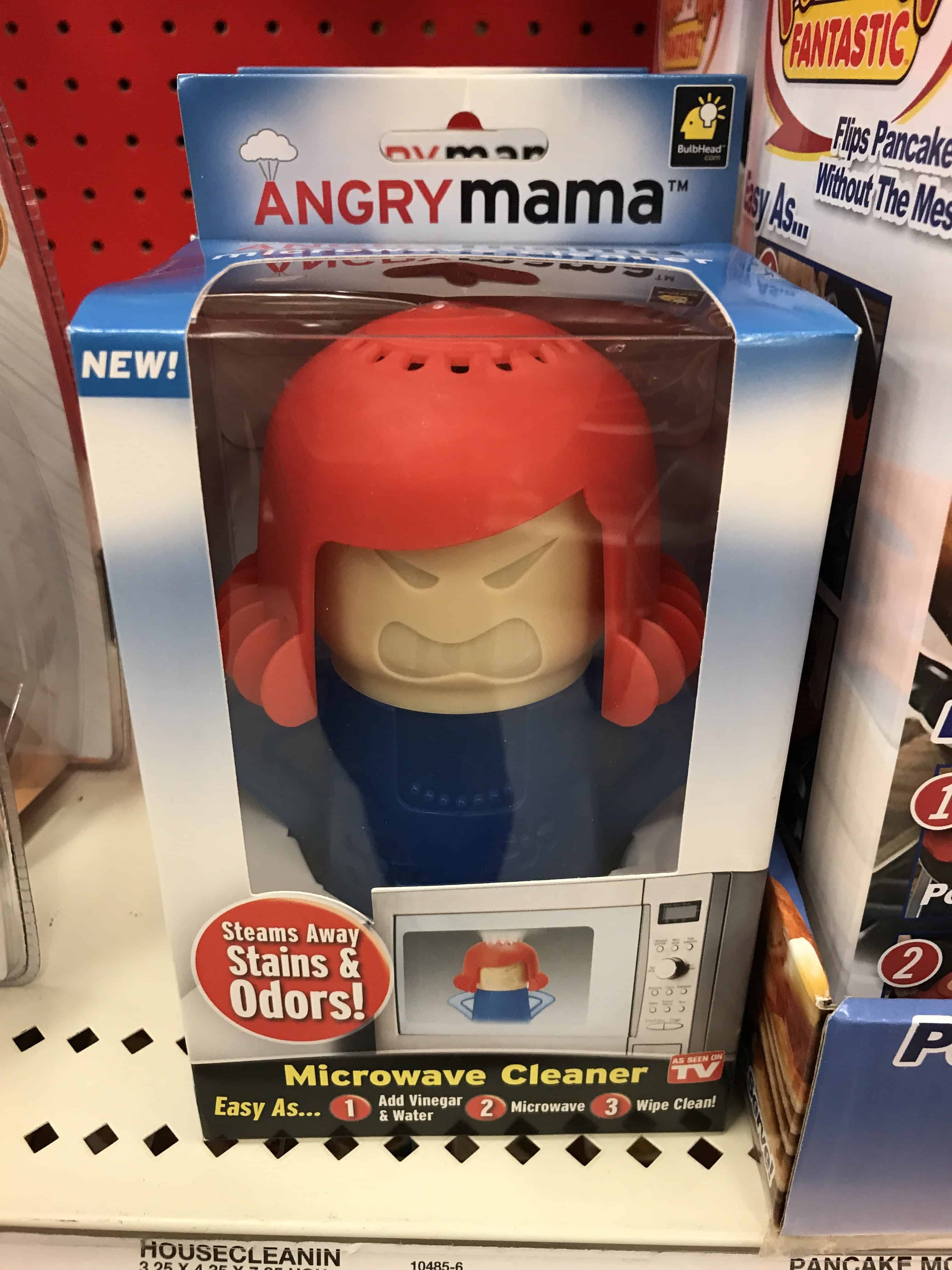 During Hurricane Harvey, we started to run low on supplies in the kitchen, so I was having to get creative. I had some cooked chicken breast, spaghetti, and a few other pantry staples. So, I thought Chicken Spaghetti would be a super comforting meal to have while we were in the middle of watching all the awful things going on around us. This is a simple, scrumptious recipe that can also be frozen beforehand! Gotta love a good freezer meal.

Sautéing the onion and bell pepper beforehand really gives the dish an added punch that some other Chicken Spaghetti recipes don’t have. I’m also not the biggest pimento fan, and many other recipes use this instead of tomatoes. Feel free to sub as you wish, but just be prepared to have some licked-clean plates after dinner is done! 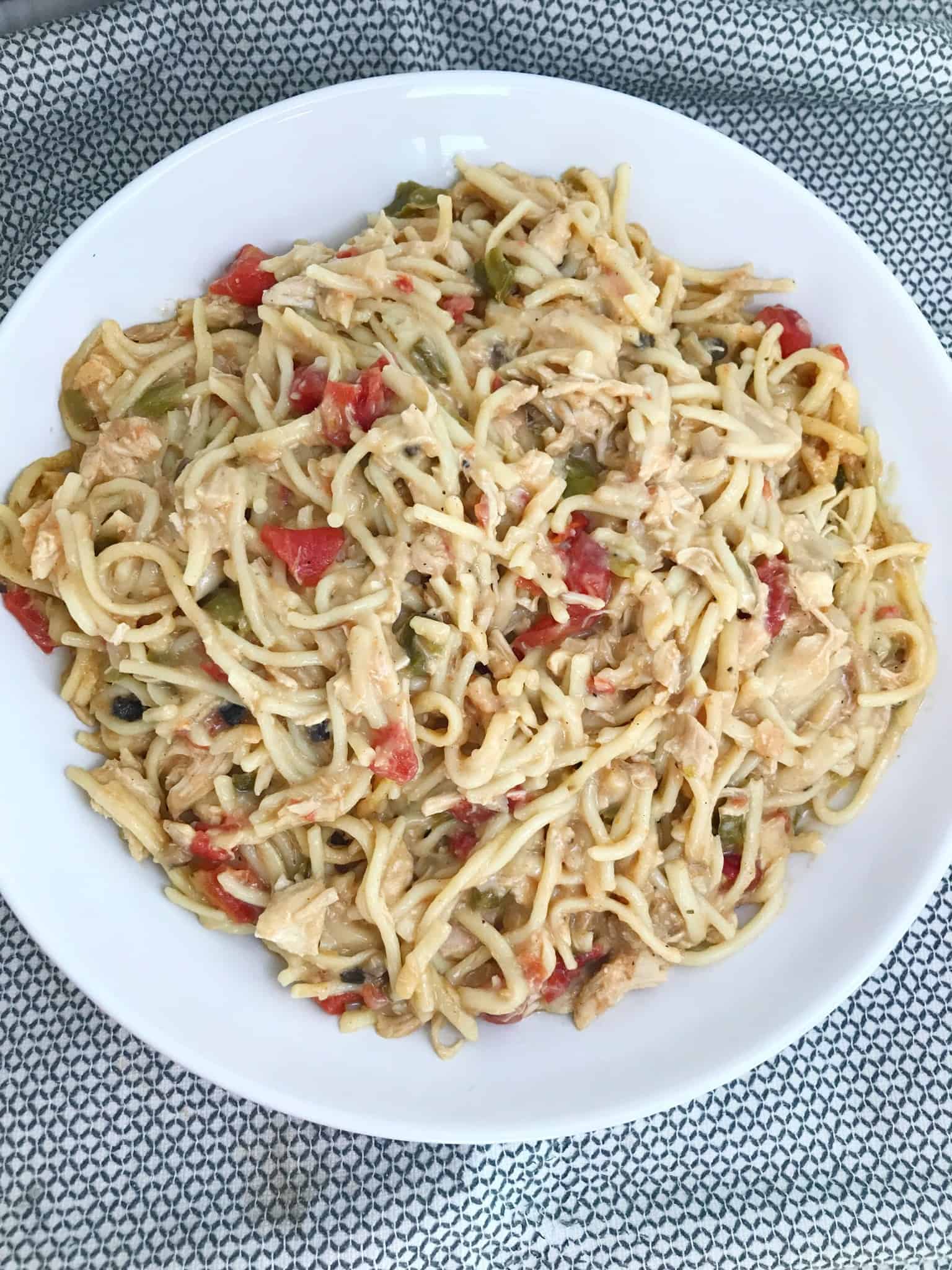 In a large skillet over medium-high heat, sauté the onion and bell pepper in the EVOO until softened (about 8 minutes). Add the tomatoes, stir to combine, and cook an additional minute. Set aside and allow to cool slightly.

Bring a large pot of heavily salted water (think: salinity of the sea) to a boil. Add the pasta and cook for 7 minutes, drain and rinse in cold water. Set aside.

While the pasta cooks, in a large bowl, combine the chicken, half of the cheese, chicken broth, Lawry’s, cayenne, pepper, and cream of mushroom soup. Stir to combine. Fold in the cooked pepper, onion, and tomatoes once they’ve cooled slightly. Fold in the spaghetti noodles.

Spray a 13×9 oven-proof dish with cooking spray. Pour in the mixture, then top with remaining cheese*. Bake, uncovered, at 350 for 45 minutes or until cheese is golden and bubbly.

*To freeze: cover with heavy-duty foil and store in the freezer for up to 6 months. Thaw overnight in the fridge and bake as directed.

*To refrigerate: cover with heavy-duty foil and store in the fridge for up to 2 days. Remove the foil and bake as directed above.

I hope you enjoyed this Chicken Spaghetti + Tuesday Randoms post! If you did, check out these other similar ones.