Our anniversary trip is off to an AMAZING start! We’ve been looking forward to coming to Charleston for (no kidding) almost three years now. It’s been a dream vacation of ours because of the FOOD (for me) and the BEACH (for Jon Boy). I can’t believe we’ve been married for five years already, but celebrating it with my man in this city has been perfect so far.

This was just DAY 1, folks. If you’re looking for a great place to go in the States, Charleston is the place to be. When we got off the plane, we were famished, so we decided to head straight to eat lunch near the water. We ended up at Tavern + Table on Sullivan’s Island, and we were IN LOVE! 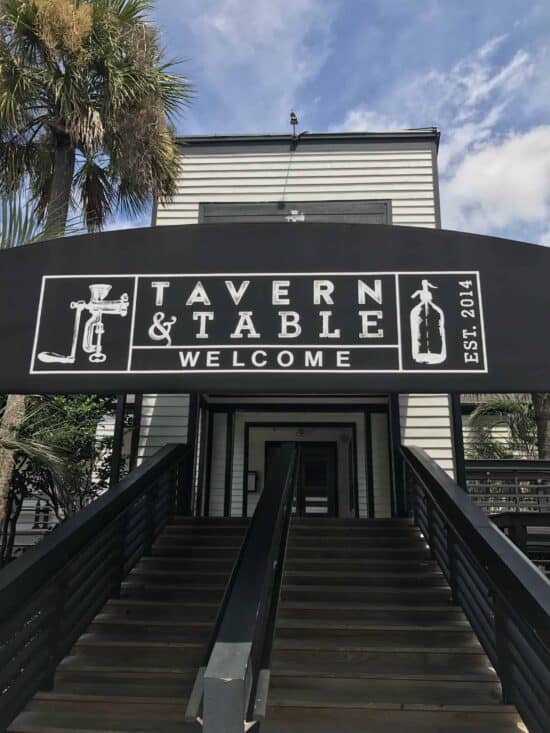 I was too hungry to take a picture of the food [my bad], but I did take a pic of our yummy cocktails. I had the Grapefruit Rosemary Collins and Jon Boy had a local wheat beer called Westbrook White Tie [even I liked it]. Yum! We had Crab + Artichoke Dip with pita bread, Dynamite Shrimp, and the freaking Ahi. Tuna. Wrap. Everything was delicious! We were full to say the least, so we went back to the hotel to take a loooooong happy nappy. 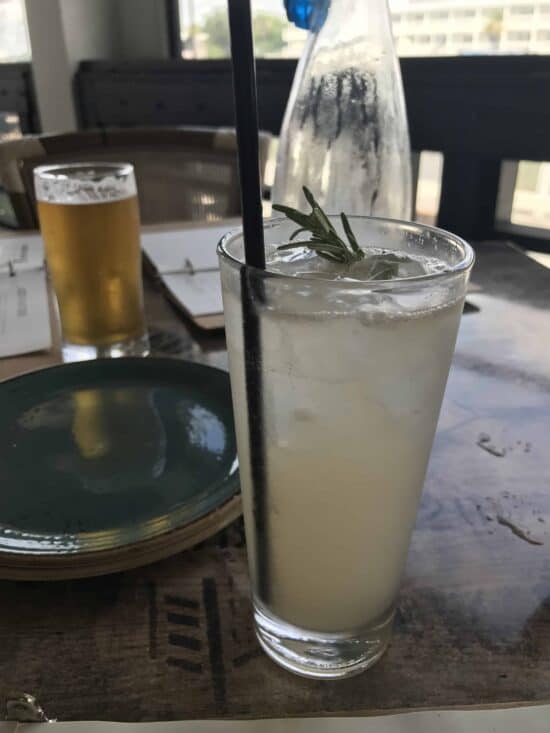 Even the bathrooms were pretty, y’all. 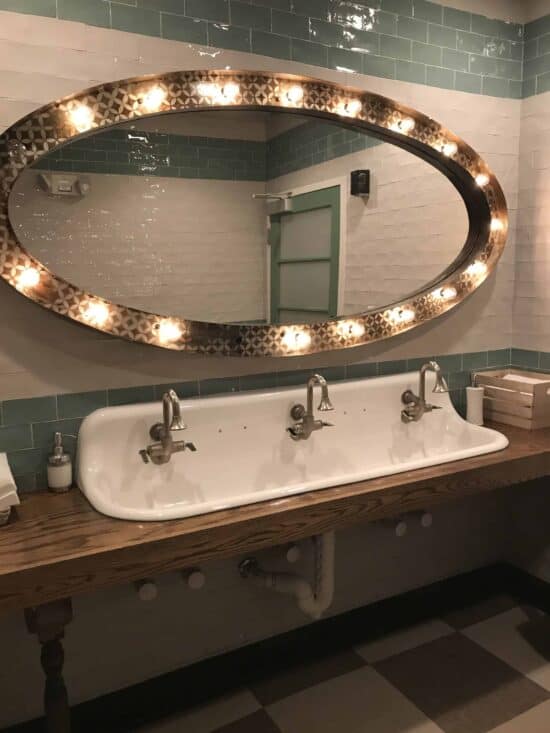 I kind of got the shaft with the window seat off the wing, but the view coming in was just spectacular. Everything is so, so green and luscious. 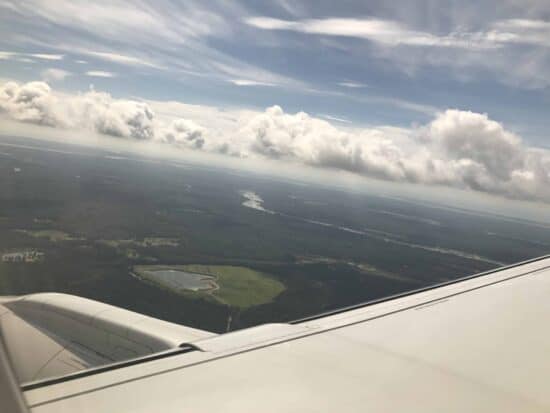 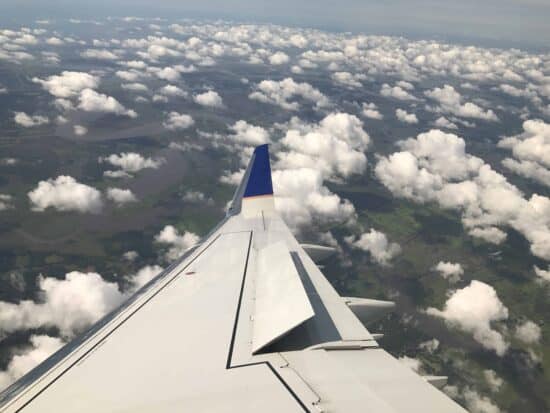 We scored with our rental car! 2017 Chrysler 300, baby! Jon was skeptical at first, but once we got in and started playing around with everything, he was a believer! 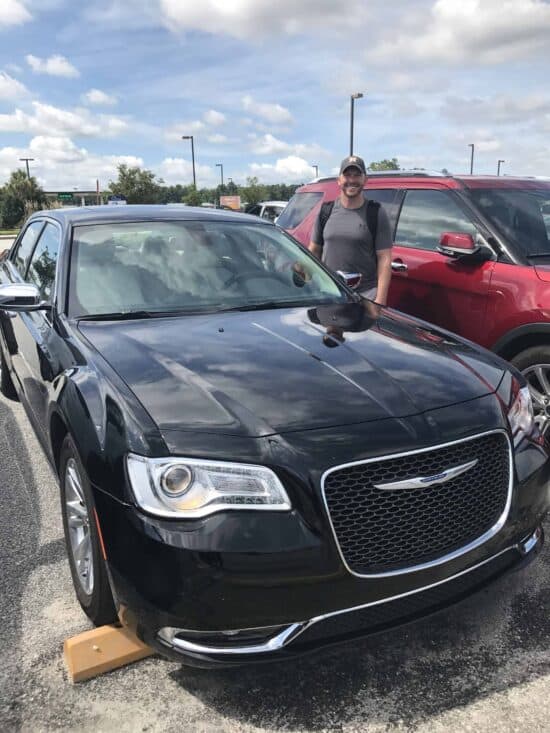 After our lovely nap [gracious it was so great to take a nap without a time limit], we decided to go exploring near our hotel. 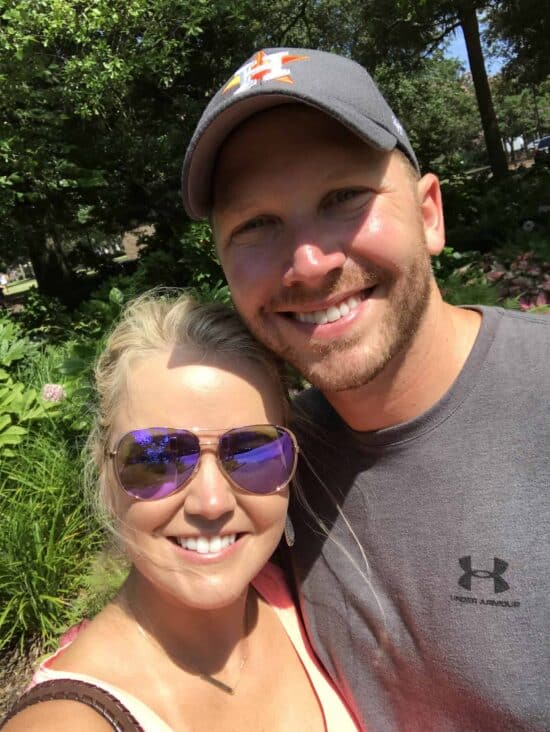 We did some shopping and site-seeing [and sweating… lots and lots of sweating]. 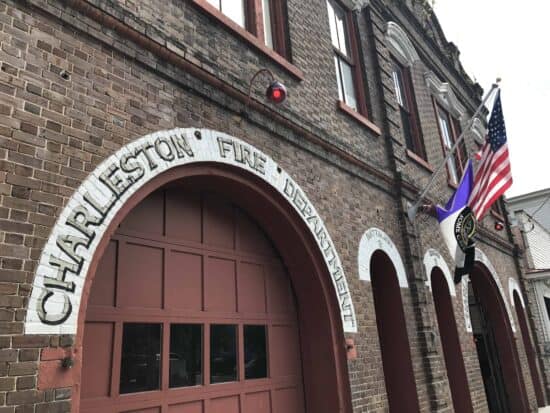 After walking around for a while, we ended up at a great bar called Prohibition. 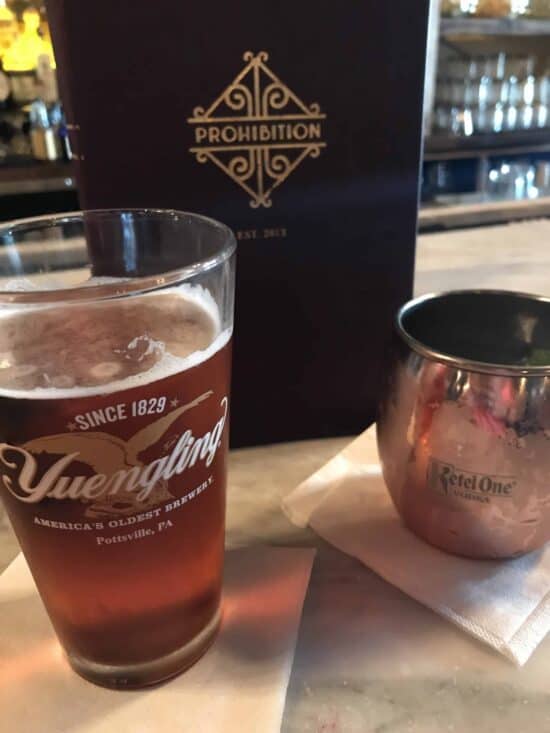 Jon Boy had his trusty Moscow Mule [and his fave beer that we can’t get in Texas – Yuengling], and I tried the Dartery. It. Was. Fan-freaking-tastic. It’s Tito’s + Blackberry + St. Germaine + Lemon + Mint. It was heaven after walking in the heat. 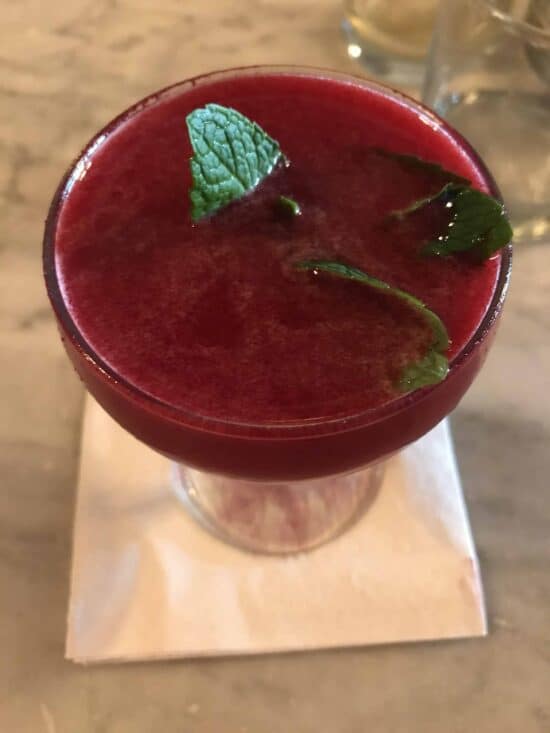 I loved the decor of this bar so much! It really felt like we were back in the south during Prohibition. The decor, music, and even the bartenders all fit into the theme. 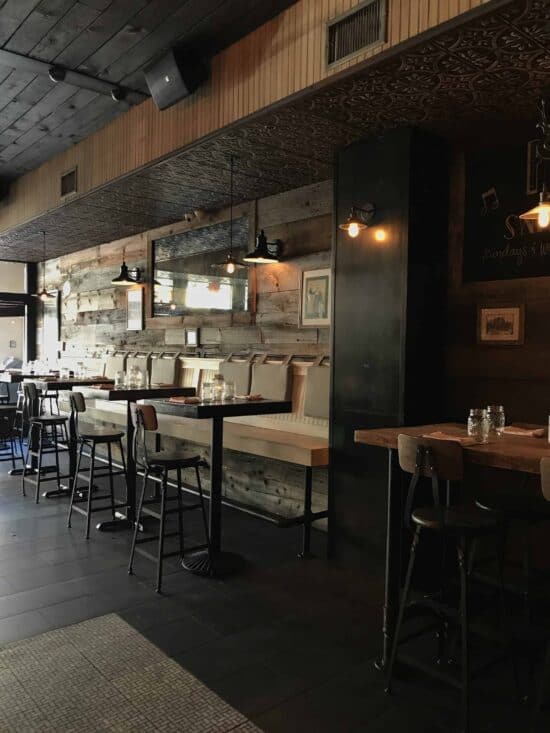 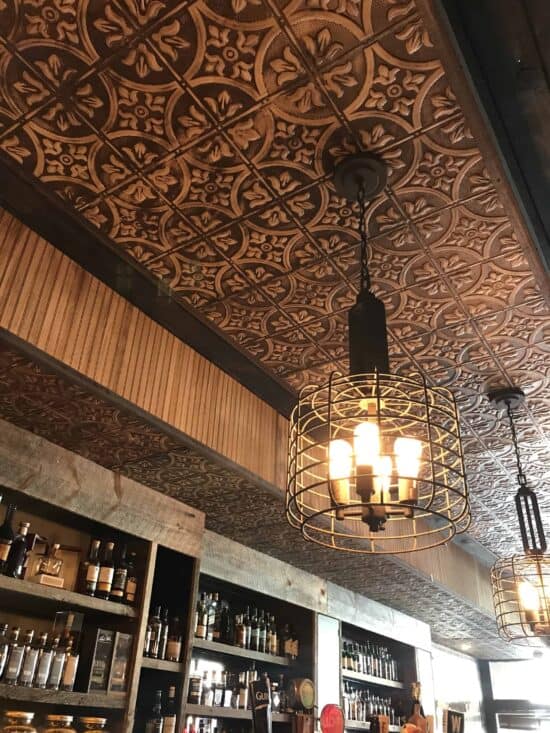 We went back to the hotel, showered, changed, and headed back out for dinner. This one was at the top of my “We Have to Do This in Charleston or Else” List, so it was an easy pick for our first big meal. Peninsula Grill did NOT disappoint. It’s definitely an upscale restaurant, but absolutely worth the price. 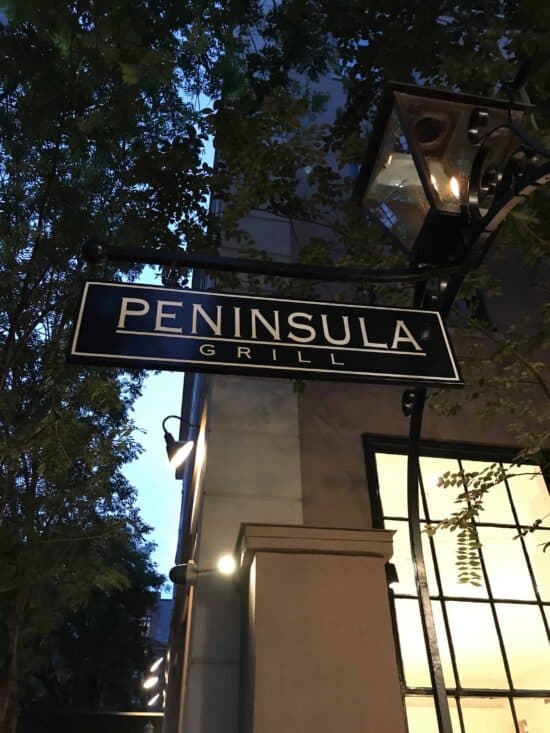 The decor was absolutely stunning inside [but I didn’t take any pics – didn’t feel like that was allowed really]. It felt like we were back in the old south in a fancy dining room. The decor was upscale, modern, but still comfortable. You could see the kitchen from the dining room, but not in an overbearing way where you can smell everything.

I’d definitely recommend the Baked Oysters Rockefeller + the She-Crab Soup + the Scallops. So. So. So. Yummy. 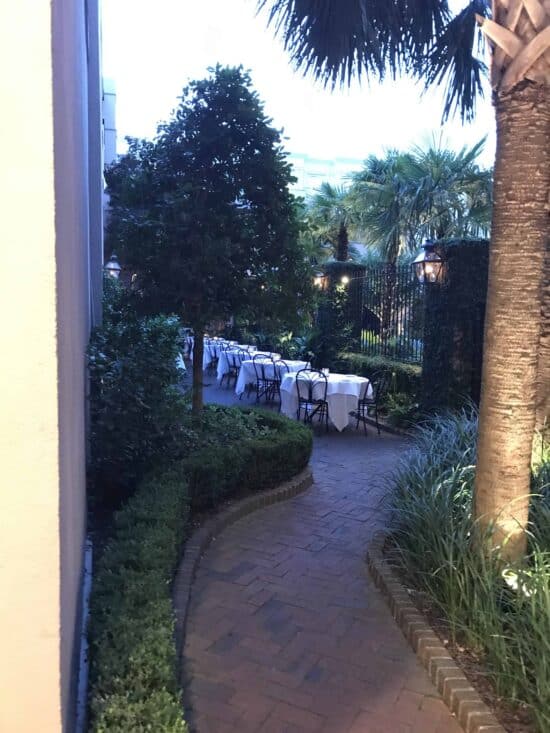 This Man. I’m enjoying being with him without a schedules or responsibilities. I love him so much! 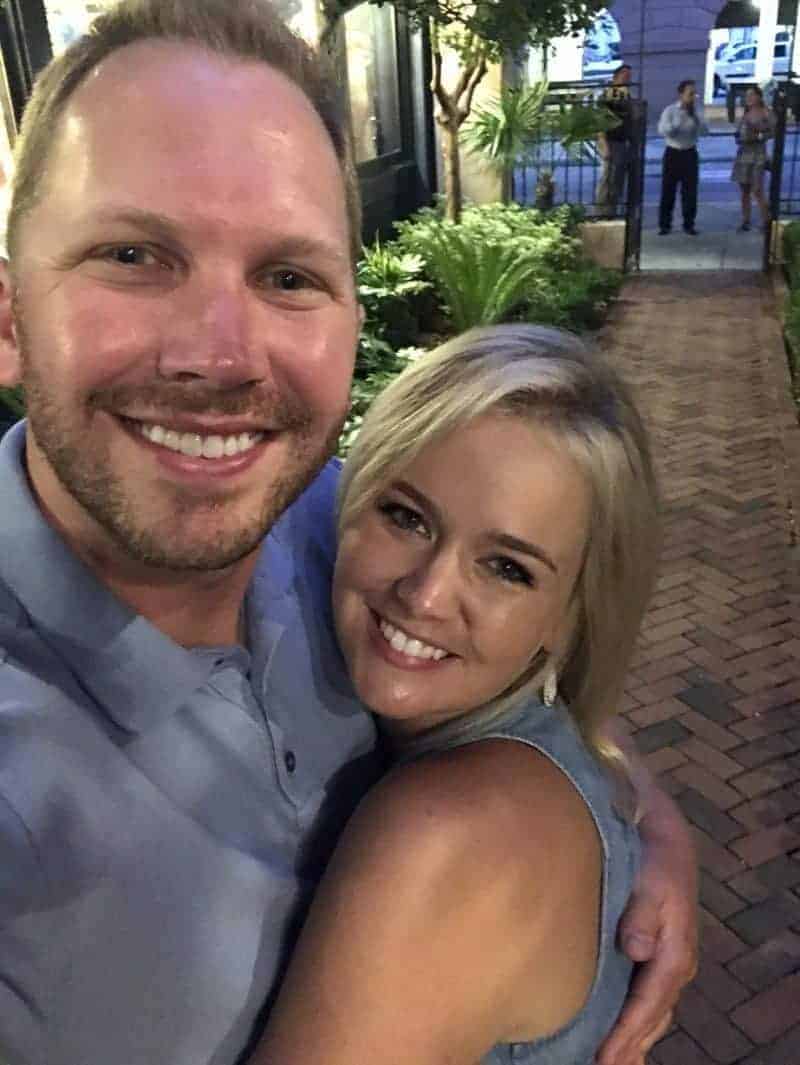