Skip to content
Well I can finally say that I’ve been to a block party. I’m 30, so I’d say it’s about time! Growing up, we’d have a few neighbors who we’d hang out with, but this Fourth of July was like nothing I’d experienced before! We were invited by some very sweet neighbors to hang at their house. There were yummy brisket sandwiches, hot dogs, water balloons, kids galore, fireworks (Corey didn’t like those much), and most of all just some extremely sweet people. We had an amazing time! We’re very, very blessed to live not only in this country, but in this neighborhood as well. 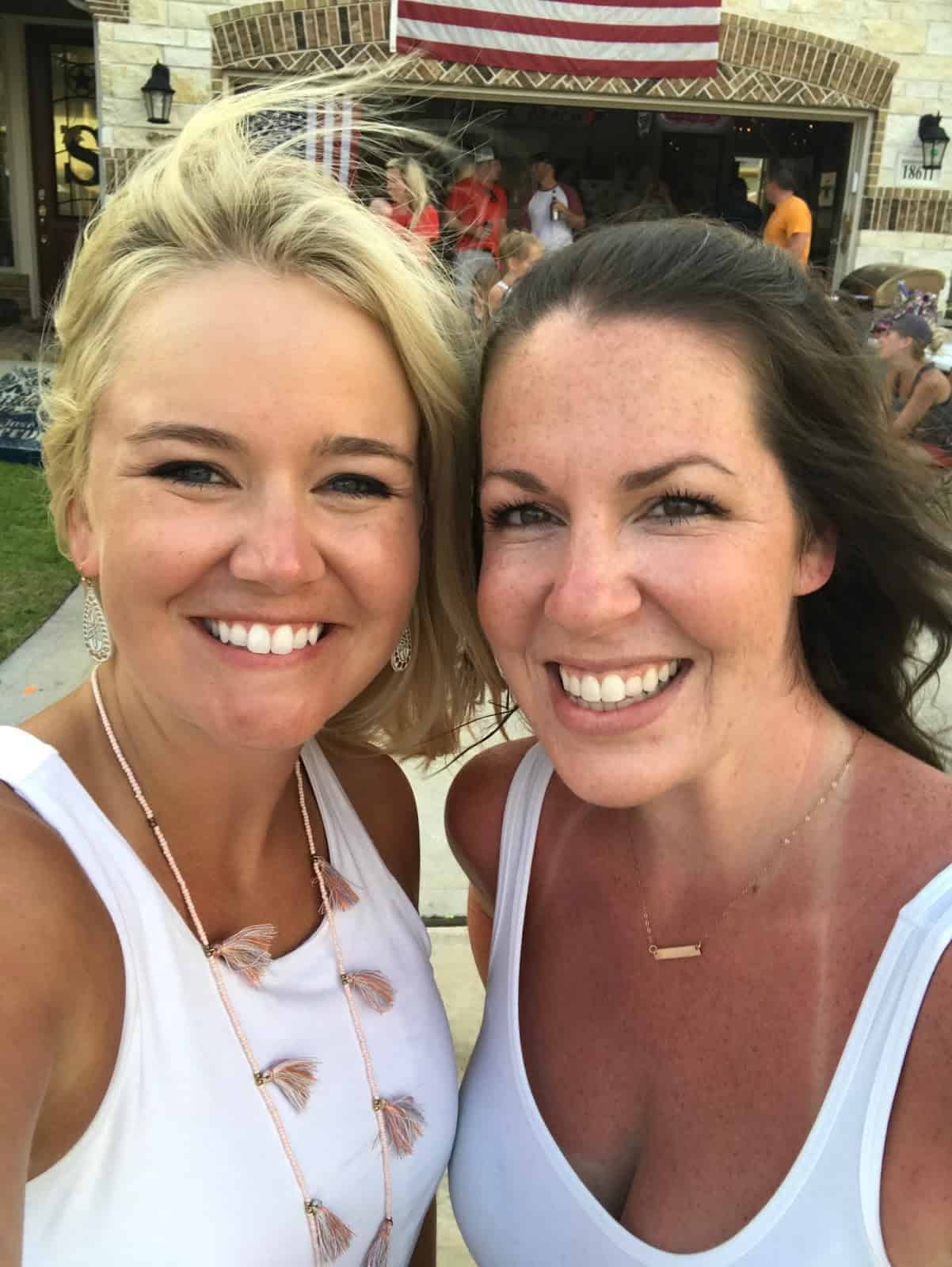 I feel like since the 4th was on a Tuesday, the weekend was really just a super extended one. (LOVE it!) To celebrate, Corey and I took a trip into the Disney Store because he’d had such a great few days without tantrums/NO’s/you know… toddler stuff. They were having a sale on the toys, so of course I caved. He picked out Goofy and Minnie Mouse… Jon was worried about the second choice but I think it just shows Corey isn’t gender biased. He’s an equal opportunity buyer. 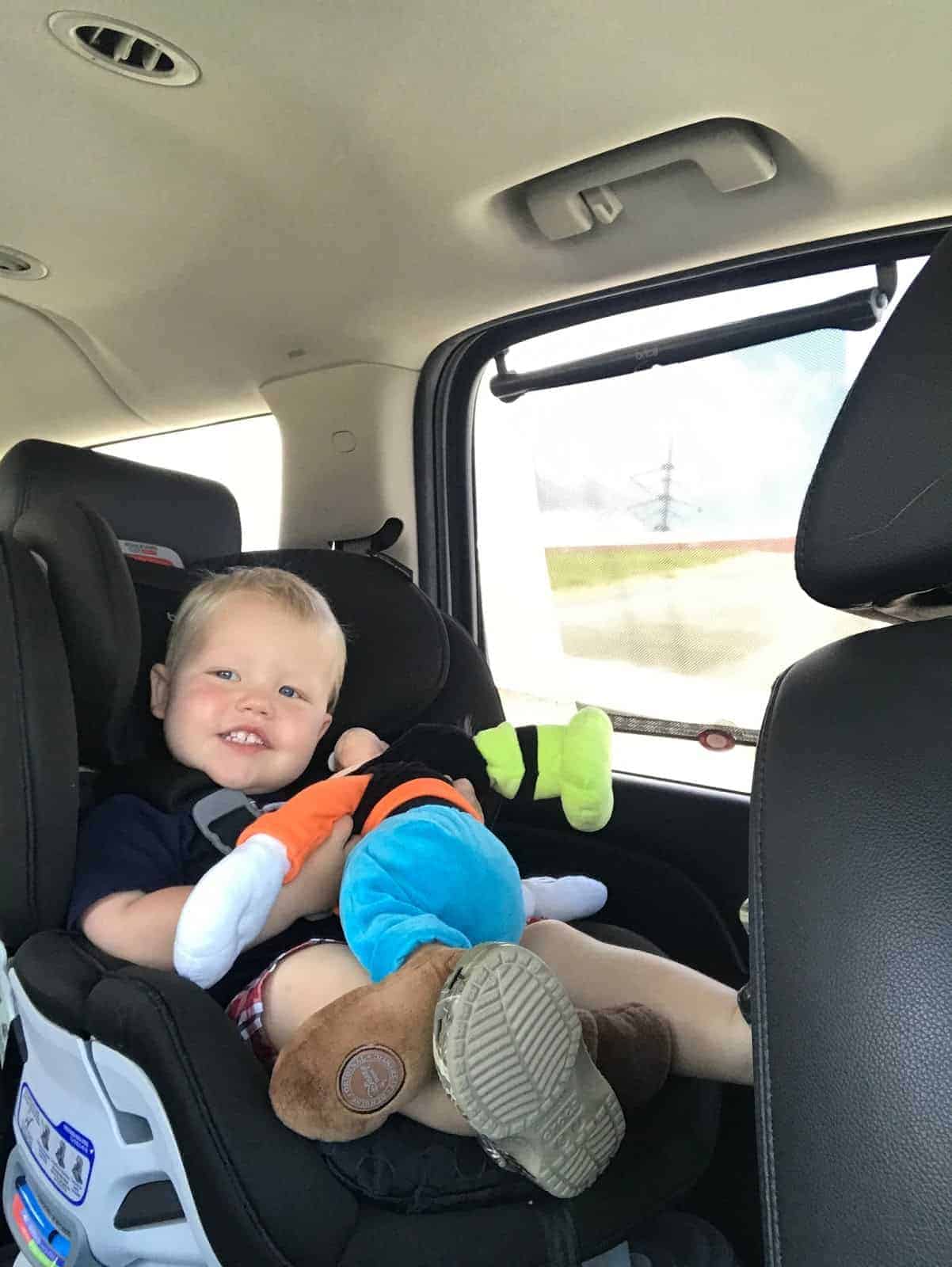 Penny was ready to party on Tuesday! 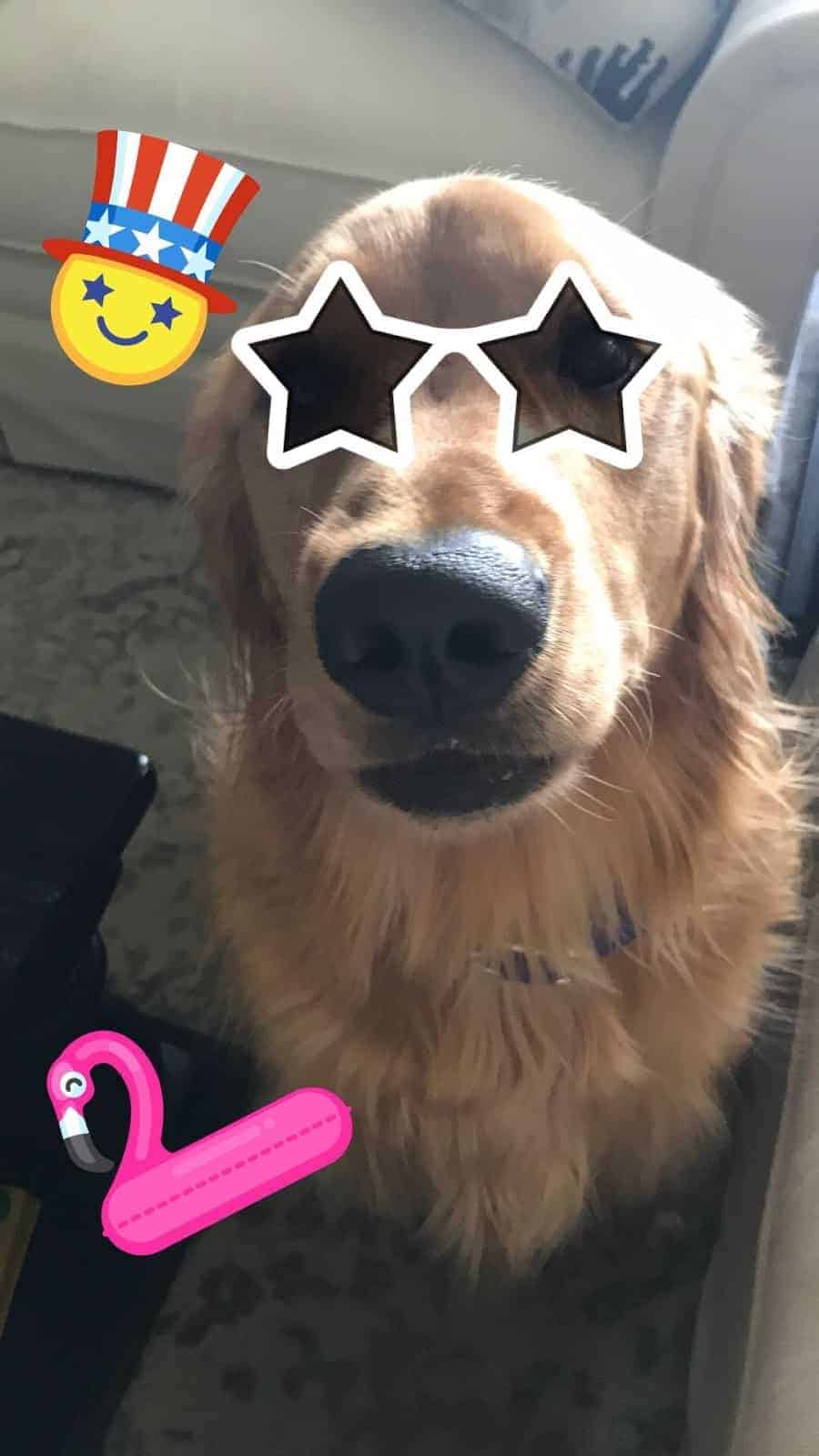 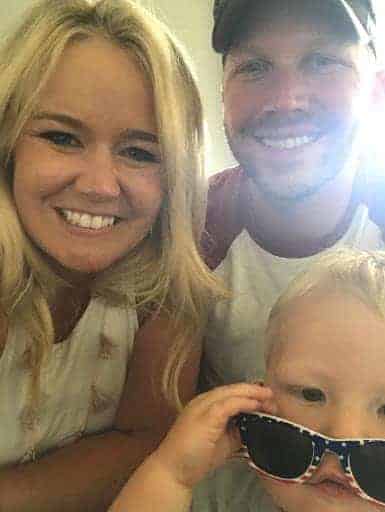 Especially with these two handsome fellas!
Those glasses though… 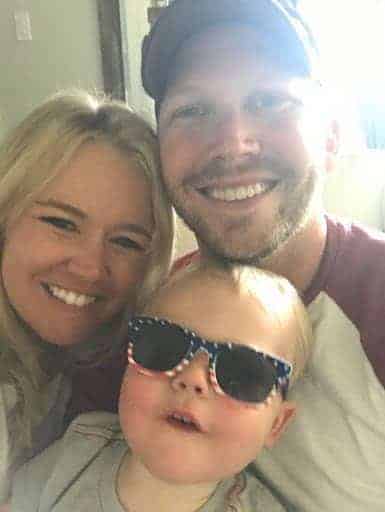 Jon and I both got a little emotional watching Corey play with all of the “big kids”. They were all so, so sweet and patient with him. He played basketball, with water balloons, in the water fountain, and with some of the push toys the neighbors were sweet enough to let him borrow. 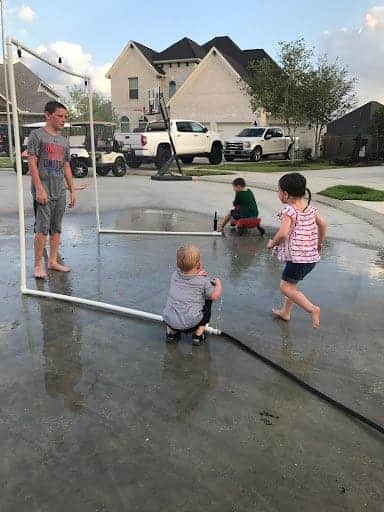 This guy did not want to stop… even for dinner! Dem cheekies got redder than red. 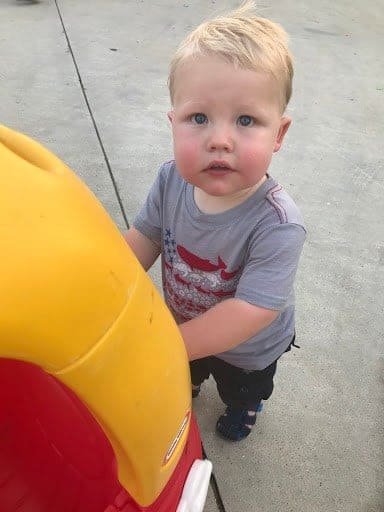 Baby boy was super excited for the fireworks (or firecrackers as his Daddy says… what do you call them these days anyway) until they went off. Then, little man was shaking, crying, and clinging to me like a monkey on a tree. Poor guy. Jon and I packed ASAP and booked it home. 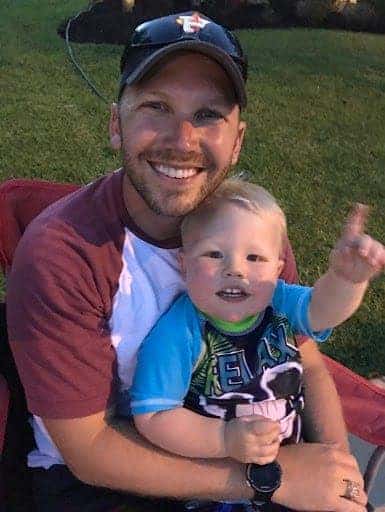 After Corey was clean and sleeping, we went to our back porch and enjoyed the fireworks from afar. Our neighbors know how to put on a good show to say the very least. It was awesome! 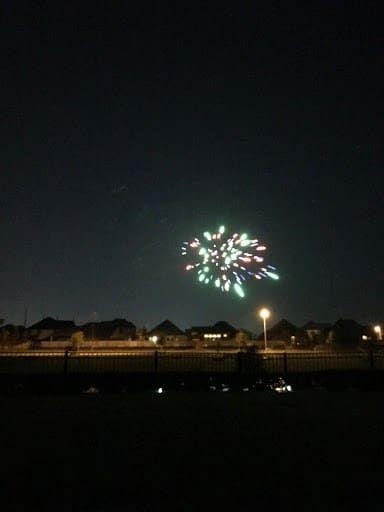 That morning after hair on Corey was a sight to treasure. 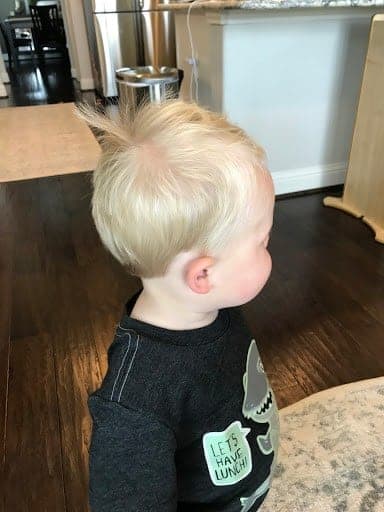 The other day, Jon and I went on an adventure to multiple Targets trying to find this hutch I wanted for the kitchen. I needed just a little extra storage (truly ridiculous to admit that) for my cooking goodies. We also felt like the space next to our window was a little bare. I have to say I LOVE the way it looks in this space! Plus… the price wasn’t something we could argue with. No worries if we have to replace this guy in a few years because of kiddos and dog damage. 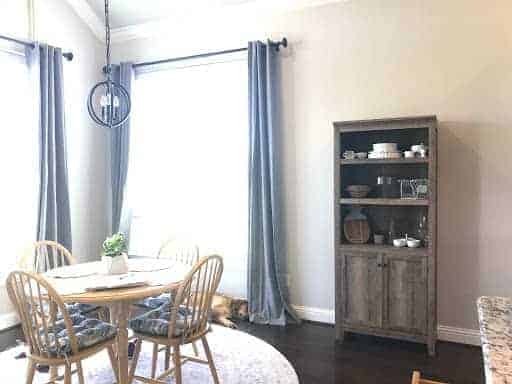 I decided to put up some of my white/natural/glass type pieces that I actually use quite often. Easy access + deco… I’ll take it! 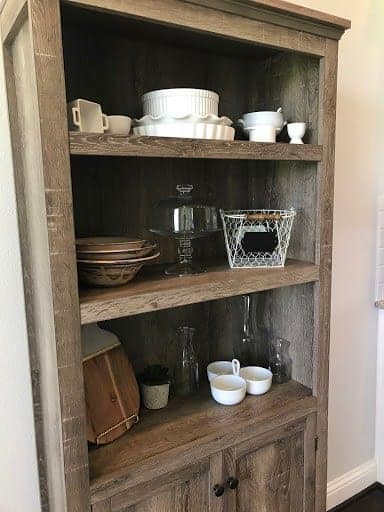 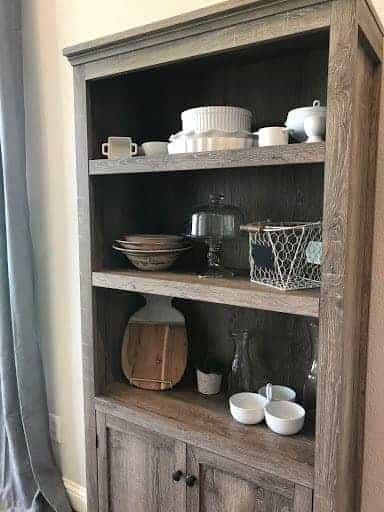 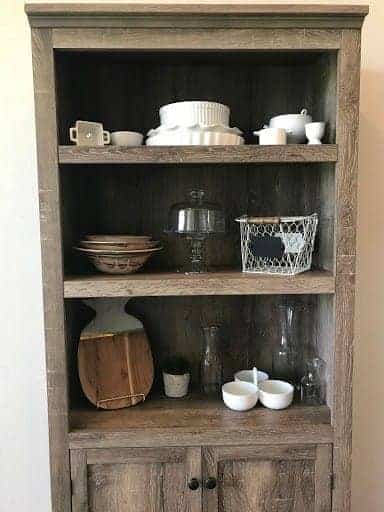 Cheers to a short week, friends!