Jon Boy loves him some shrimp. Shrimp poboy, shrimp gumbo, shrimp stew, shrimp soup, shrimp étoufée, coconut shrimp, lemon shrimp, shrimp and potatoes… you get the idea. [Also – great movie.] Jon Boy asks for this all the time, and I’m happy to oblige because it takes less than 10 minutes to make, it’s healthy, and it makes that hunk happy. 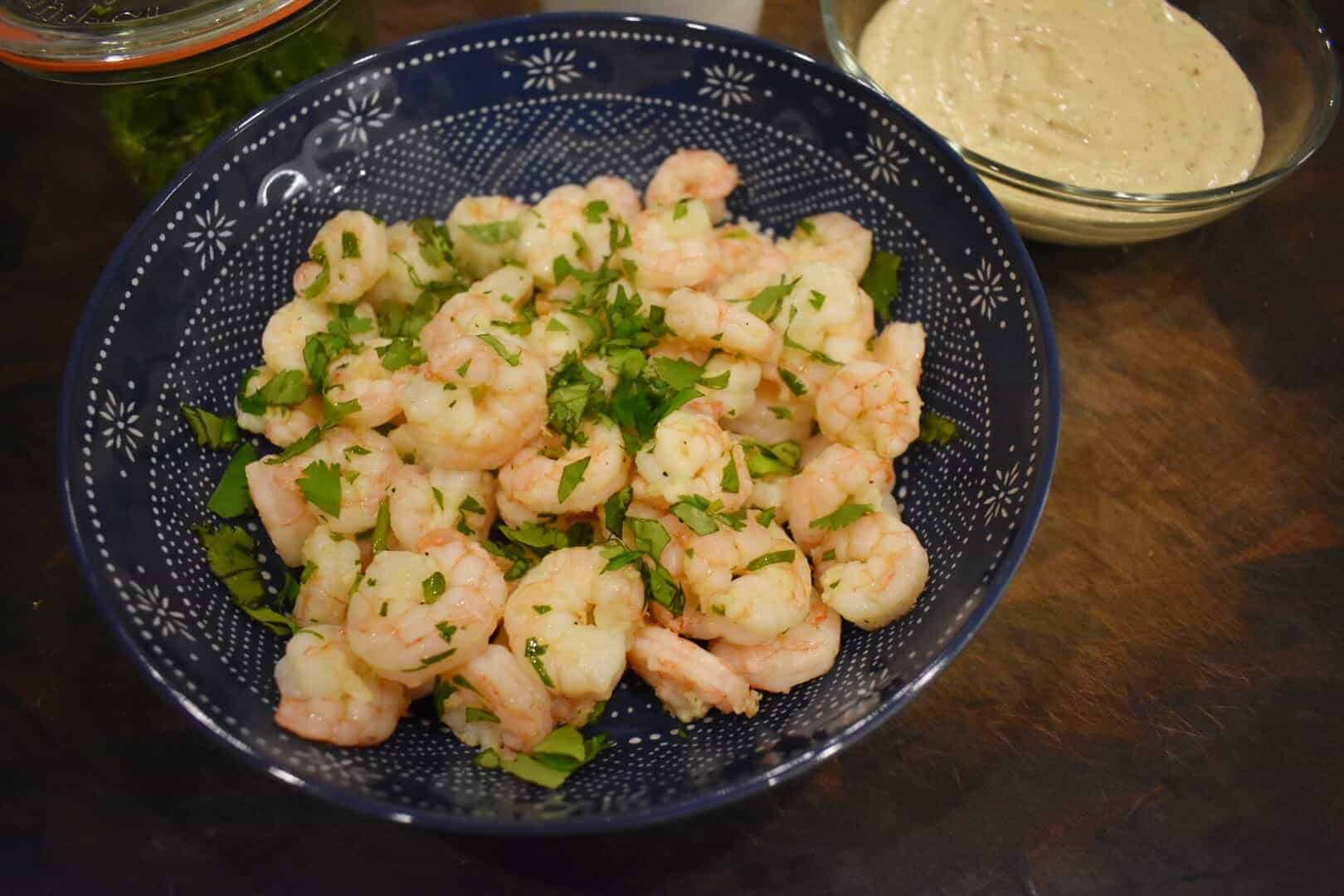 Bring a biggo pot of water to a boil. Throw in some seasoning, the juice of 2 halved lemons, then throw the lemons in, too. Add your shrimp and boil for about 3 minutes or until they’re pink. Depending on the size of your shrimp, it could take more or less time. 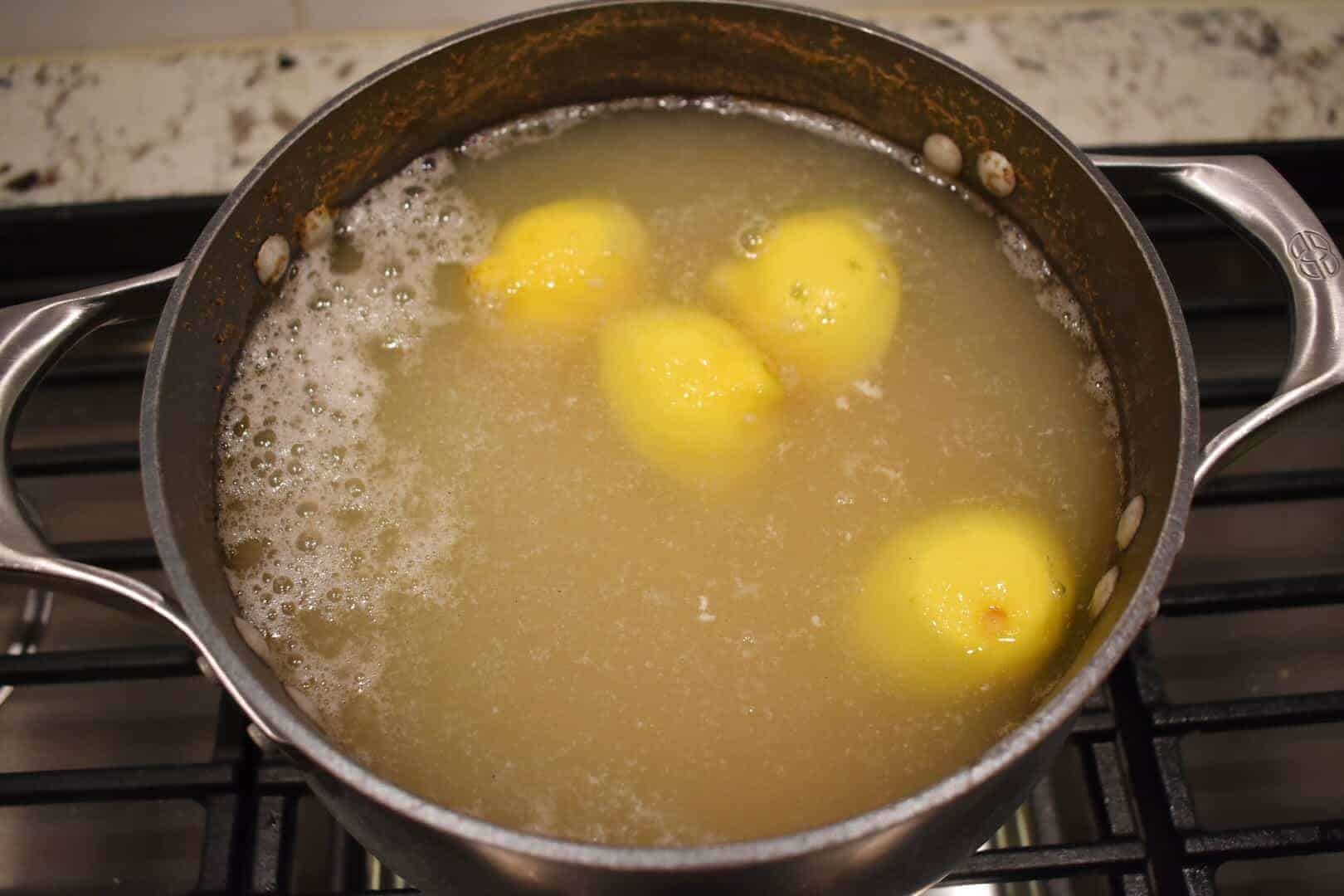 Drain the shrimp and discard the lemons. Set aside for a bit. 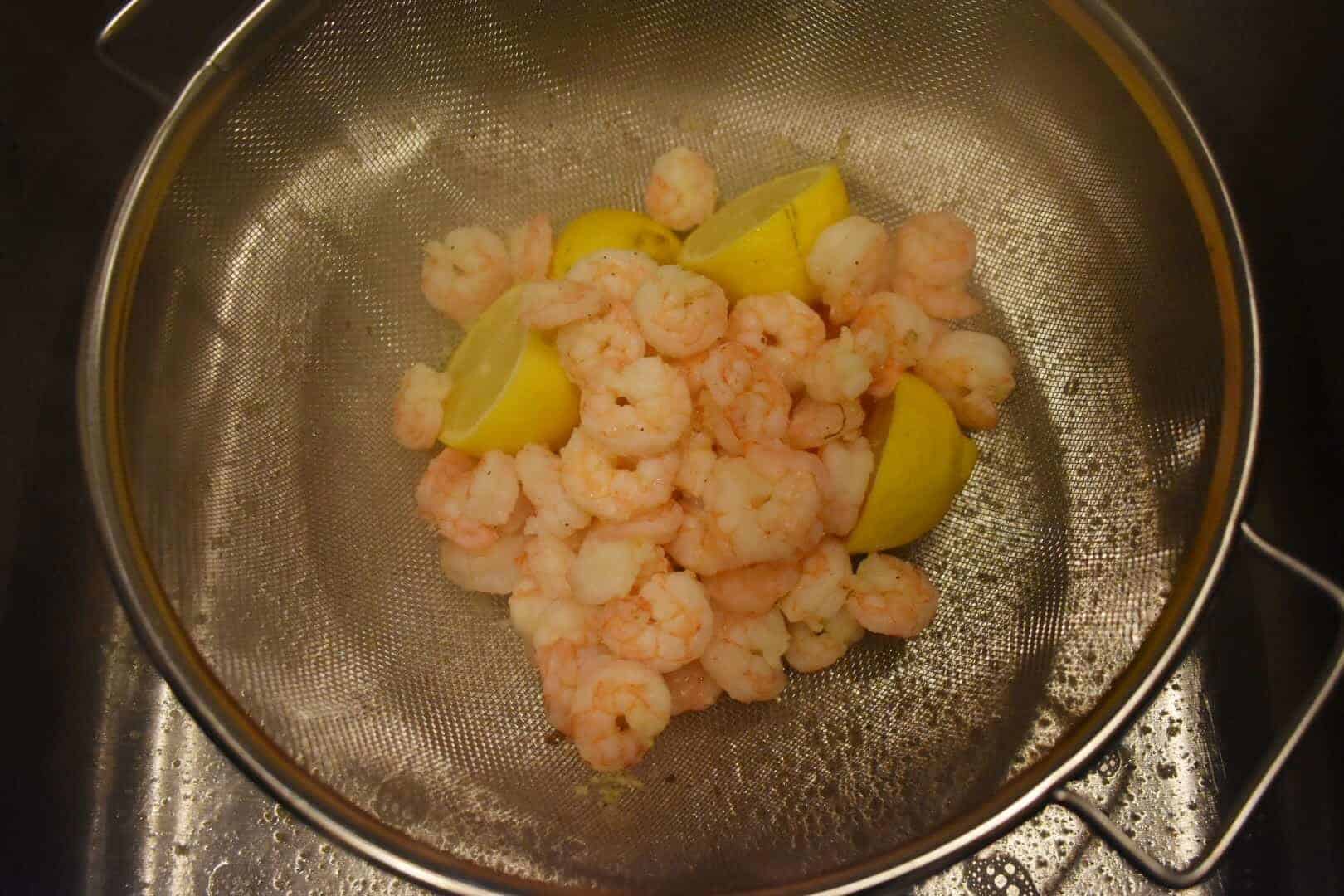 In the meantime (or beforehand – it’s better if you make the sauce ahead and let it chill in the fridge), make your homemade Honey Mustard Dipping Sauce. Okay – don’t stop reading and just buy the stuff from the store! I promise this sauce takes the dish over the top! Plus it takes no time to make, so you got no excuses, buddy. Make it. 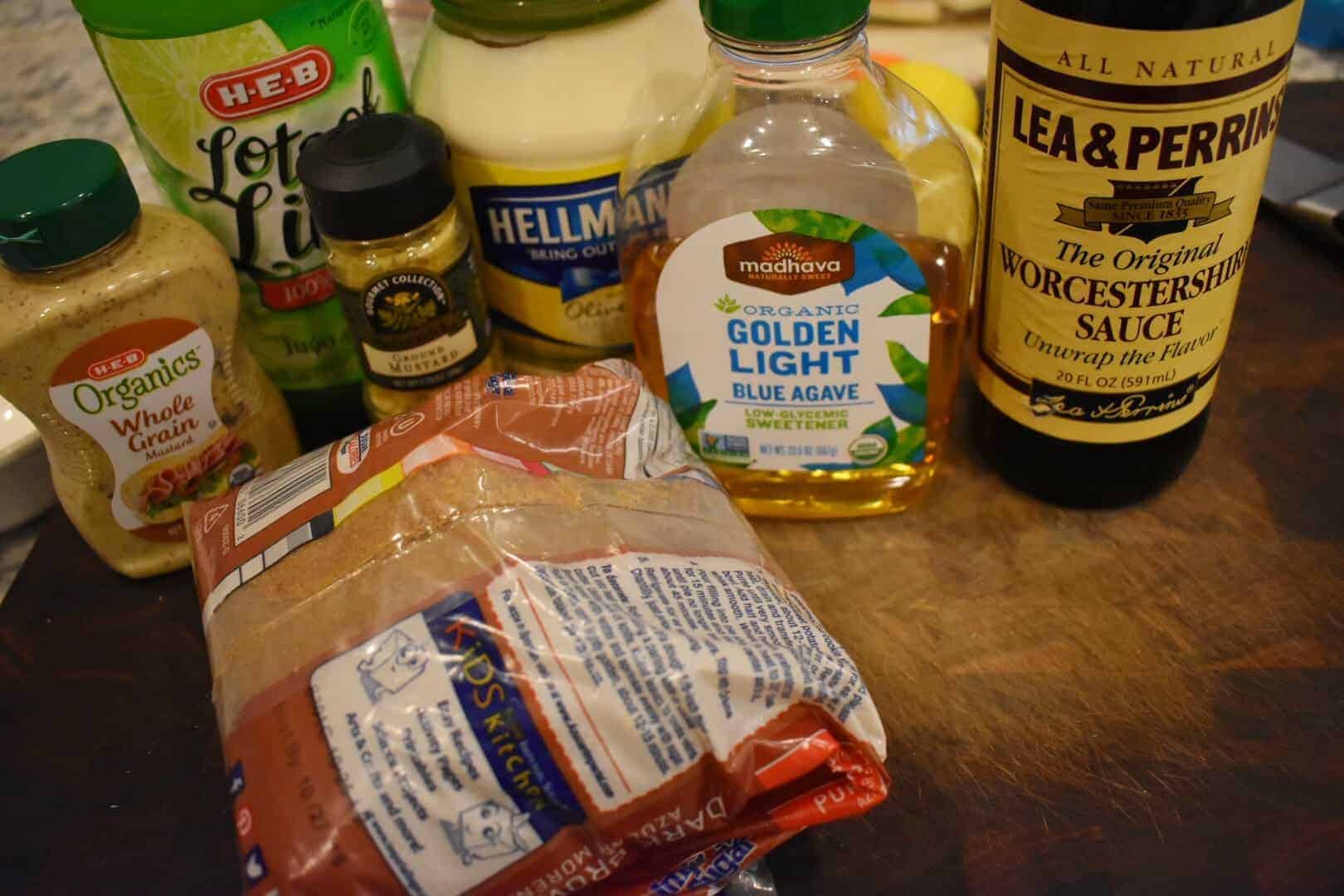 Alls ya gotta do is mix everything together. Not so bad, right? I like to have mine chill in the fridge to let the flavors get better acquainted. 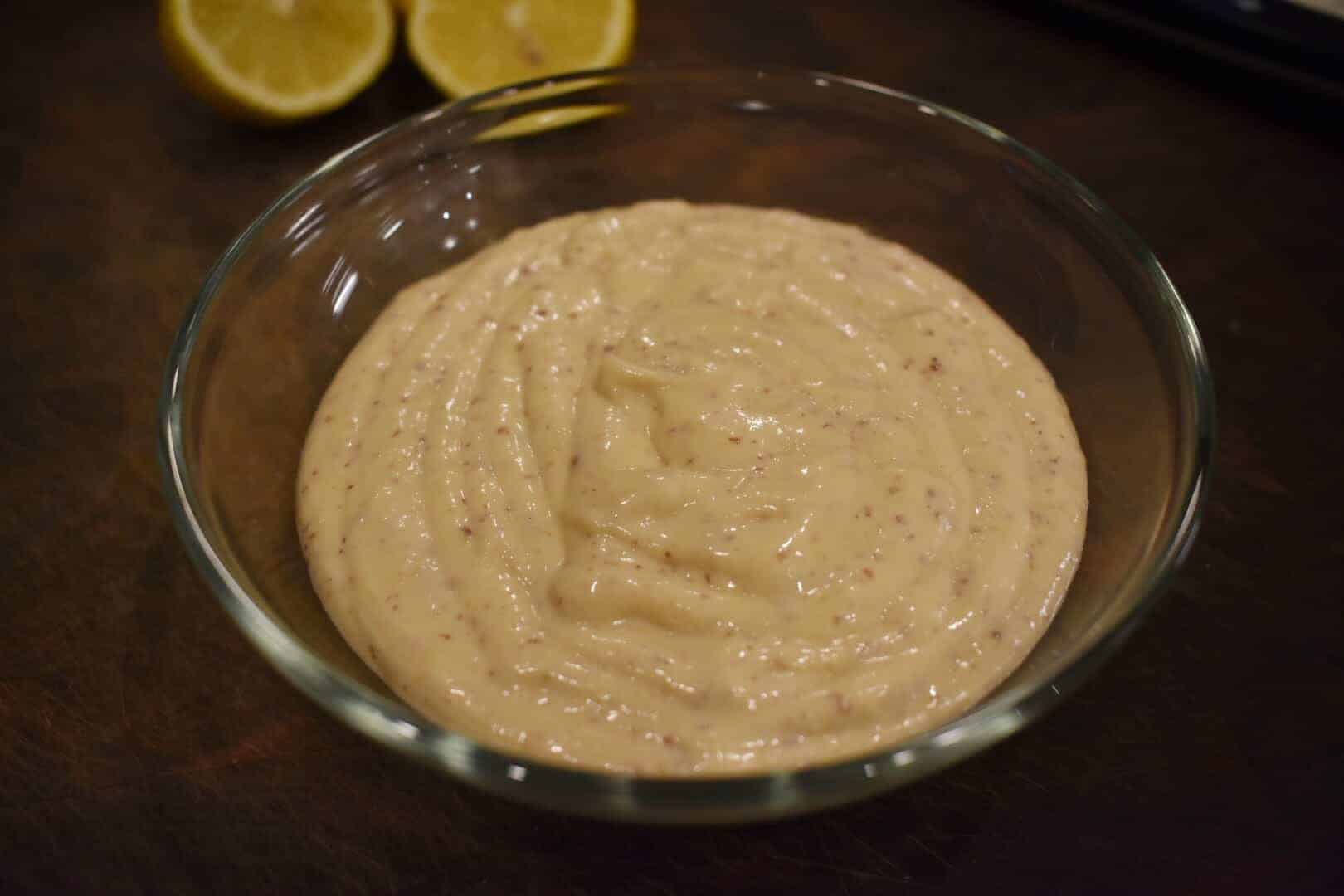 Just before serving, toss your cooked shrimp with a little EVOO (extra-virgin olive oil) with some chopped flat-leaf parsley. It’s fine if you serve the shrimp warm, at room temperature, or cold. It’s completely up to you! 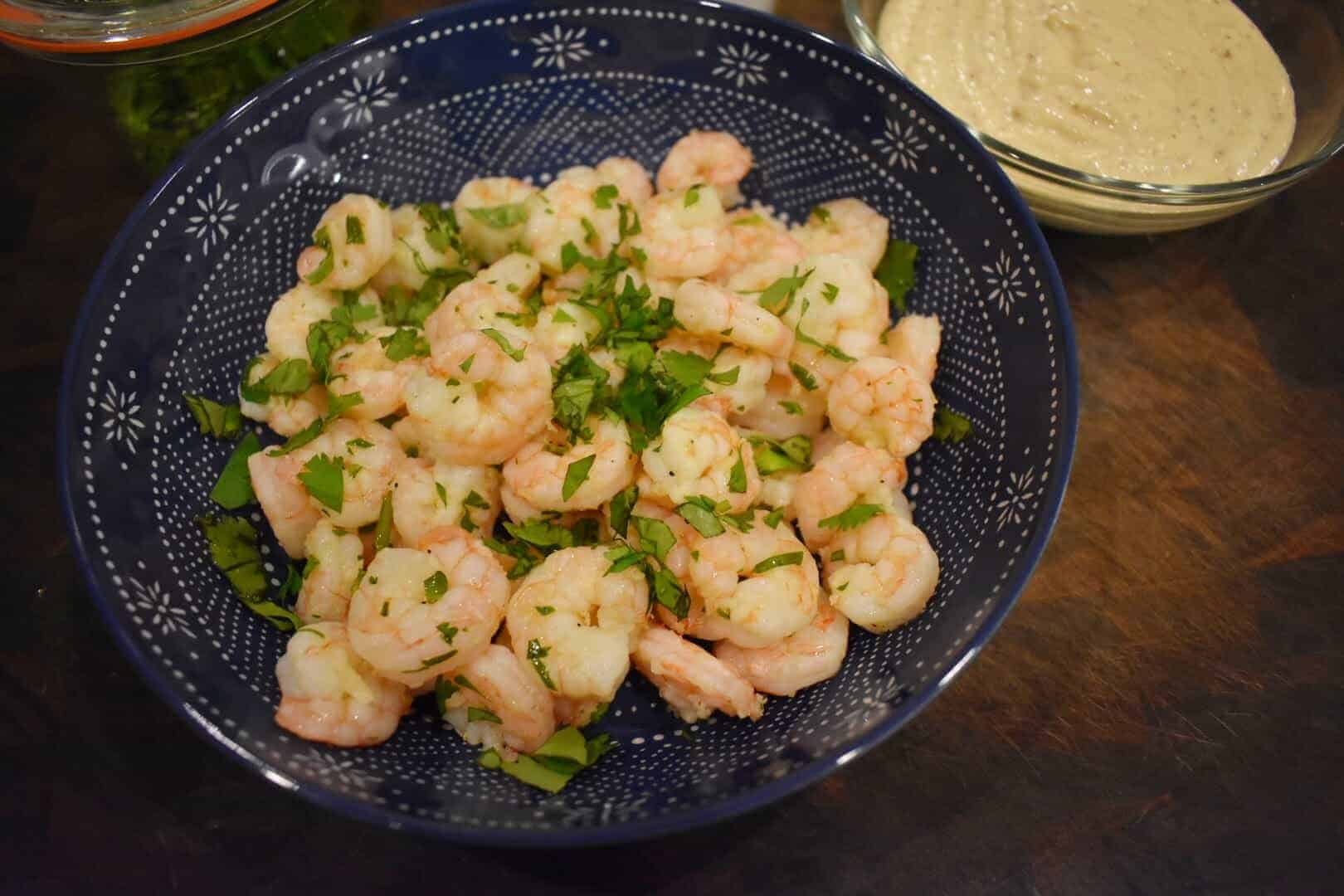 Drain, discard lemons, and set shrimp in a bowl to cool. Just before serving, toss the shrimp with the EVOO and parsley.

To Make the Dipping Sauce
Whisk together all the ingredients until combined. Dipping sauce can be made up two 2 days ahead. Cover and store in the fridge.